Difference between a Chairman and a CEO
By Theydiffer - July 25, 2018

A chairman and a CEO work hand-in-hand to make sure their business is moving in the right direction. Despite similarities in their short and long-term goals, these positions greatly differ in a number of ways. 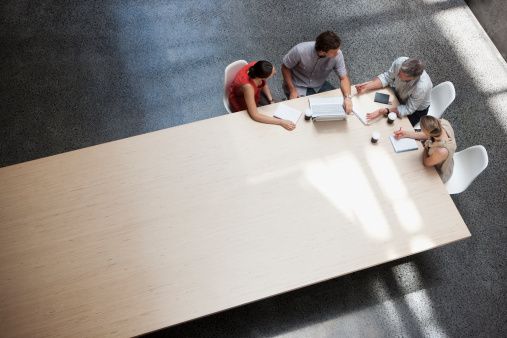 A chairman, also known as the chair of the board, is a top-level executive elected by other members of the board of directors. The chairman is mainly responsible for maintaining business sustainability and profitability.

Meanwhile, a CEO, which is short for “chief executive officer,” is a high-ranking executive responsible for making strategic and operational decisions that ensure business leverage.

Despite sharing the same goals for the company, there is a huge difference between a chairman and a CEO.

While both are integral for attaining business success, a chairman and a CEO assume different roles. As the main head of the board, the chairman is mainly responsible for protecting the best interests of the company. The duties of the chairman include overseeing board meetings, maintaining a harmonic relationship between members of the board, evaluating the performance of high-ranking managers, and voting on strategic plans that are proposed by the CEO.

A CEO, on the other hand, plays a vital role in the strategic and operational aspect of a business. CEO’s are responsible for executing board-approved business plans and supervising the overall operations of the company. They also bridge the communication gap between corporate operations and the board. They study market trends, analyze company profiles for possible business partnerships, and propose tactical business plans to the board.

A chairman and a CEO are both high-level executives that have power and authority over other members of the company. A CEO can overrule disadvantageous decisions made by lower-ranking executives, while the board of directors, with the chairman as its head, can overrule the CEO when it comes to decision-making. However, the chairman alone does not have the authority over either the CEO or the board of directors since the chairman does not hold a managerial position over other board members.

The degree of involvement of a chairman and a CEO depends on the size and the needs of the company. Typically, between the two, a CEO is more hands-on with the overall business operations. A chairman, by contrast, is usually a part-time leader whose main job is to lead and guide the board in overseeing the business as a whole. However, in times of crisis, the chairman works more closely with the CEO.