Difference between a Computer Monitor and a TV
By Theydiffer - January 14, 2016

Not too long ago, a computer monitor and a TV each had their own purposes, and substituting one for the other wasn’t that easy. In this day and age however, one can now be substituted for the other with little to no effort, thanks to our fast-advancing technology. So if you are thinking of doing so, you might want to learn the differences between the two to avoid issues and disappointments. 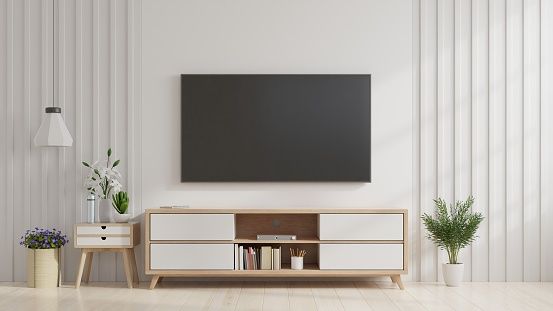 Computer Monitor – Also known as a computer display, a computer monitor is the electronic visual display for PC systems. It comprises of a power supply, casing, circuitry and of course, the display device. Old computer displays used to use a CRT (Cathode Ray Tubes) but now, computer displays are usually a thin film transistor LCD (Liquid Crystal Display) or a flat panel LED (Light-Emitting Diode). It generally also is connected to our PC system via VGA, DVI, HDMI, DisplayPort or LVDS (Low-Voltage Differential Signaling).

Originally, a computer display’s purpose didn’t include entertainment but was only for data processing. But from the 1980’s onwards, it has been used for both data processing and entertainment purposes. There are a few common aspect ratios or geometric shape of a computer display, and these are 4:3, 16:10, and 16:9. A computer monitor’s resolution has also increased over time from 320×200 in the 1980’s up to our current 3840×2160.

TV – commonly known as the telly, the tube, or simply TV, is a telecommunication medium used to transmit a moving image and sound. It is a mass medium worldwide for news, education, and entertainment. The idea of a television started in the late 1920’s in an experimental form and began expanding in the US and Britain until it became so popular that it has become common in homes, businesses and institutions.

The TV system started as a Disk that used a spinning disk to create and reproduce images that had low resolution and screen size. It was then followed by the CRT system, the DLP (Digital Light Processing) or projector technology, the popular Plasma system, LCD system, and now the OLED (Organic light-emitting diode). Resolution of the TV started from 240p (320×240) up to our current 4K (3840×2160).

What’s the difference between a computer monitor and a TV? Now that both units are usually interchangeable, it all comes down to their pricing, resolutions, input connectors, speakers, and their sizes.

A computer monitor tends to have a higher resolution than most TVs at its own price. Compare an Acer R240HY for example, 23.8 inch at 1080p resolution priced at $130, and Samsung UN24H4000, 24 inches at 720p resolution priced at $128. A TV has more input connectors than a monitor though, and it also has a built-in speaker rather than a separate device when using a computer. So depending on the technology used on each one of them, the difference mainly lies on the pricing, the speaker and built-in TV tuner.