Difference between a Creek and a River
By Theydiffer - August 5, 2016

A river and a creek are bodies of water that are almost identical. Both help in circulating the earth’s water and also serve as a home to many plants and animals. While it is true that these are two different bodies of water, there are no guidelines, scientific or official, that differentiate one from the other. 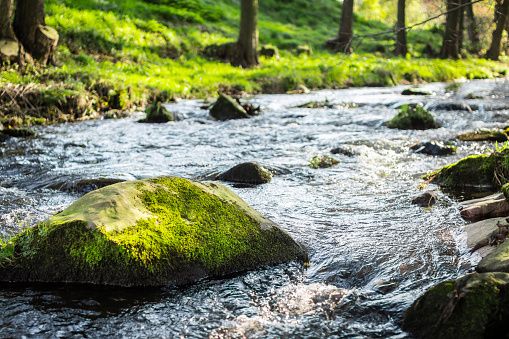 Generally described as a small body of running water, the definition of creek is somewhat different depending on where you are in the world. In countries such as North America, Australia, and New Zealand, a creek is normally a small to medium size stream. People in the UK and India see a creek as a shallow, narrow inlet that flows into the sea.

It’s a general misconception that creeks are smaller than rivers, and there are creeks in some parts of the world that are bigger than rivers.

There are, in fact, creeks that have been formed by seawater. A creek can also be a stream or even a narrow channel between islands. Fish and green vegetation are commonly found in creeks, but they are usually not deep and big enough to transport logs or be harnessed for hydroelectric power. In addition, creeks do not flow into channels, or branch out. 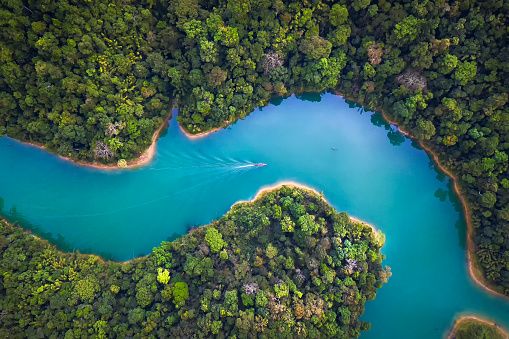 A river is described as a natural stream of water that flows out to the sea, ocean, or another river. It can come from melted ice masses or from streams running underground. However, most rivers come from elevated places where rain and snow has fallen. This is why most rivers have freshwater content.

Many ancient civilizations, towns, and cities built near rivers flourished due to the fact that they can serve many purposes; soil on the banks of river is fertile, rich, and highly suitable for farming. Rivers provided trade routes and were good sources of food. Today, hydroelectric energy can often be harnessed from running river currents, which can also sometimes be used to transport logs and other heavy materials downstream.

It’s possible to have several streams or just a single one to connect to a river. There are times when a river connects to another river, and it can also branch out to tributaries such as brooks and creeks.

So, what’s the difference between a creek and a river?

A creek is usually smaller and shallower than a river. It is not possible to transport heavy items on a creek, or harness energy from it. A river is often big enough for logs to float downstream and for boats and barges to travel along it.

Creeks do not branch out, but a river can, with its many tributaries. Creeks can’t be harnessed as an energy source, while big rivers often have strong currents that can be tapped for hydroelectric power.

A creek can be formed by seawater while most rivers come from rain or melted snow falling from elevated places. A river normally flows out to sea or into channels and branches, and it is also more fertile and arable compared to a creek.