Difference between a Gamete and a Zygote
By Theydiffer - July 12, 2018

Gametes and zygotes are key players in the reproductive system. While the two bear strong associations, they are far from being interchangeable. 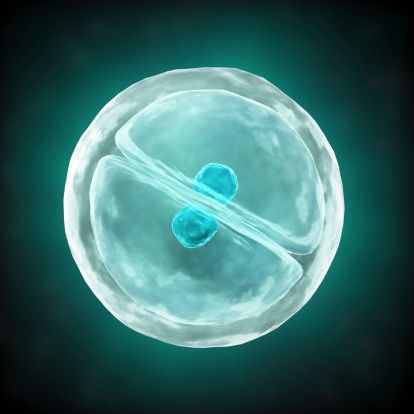 A zygote, on the other hand, is a eukaryotic cell formed by the unity of a male and a female gamete. A product of fertilization, a zygote matures into a fetus during the late stages of reproduction.

Even though both are important in the process of fertilization, there is a big difference between a gamete and a zygote.

A male gamete and a female gamete are developed by the process of meiosis – a type of cellular division where a parent cell splits into four daughter cells. Each daughter cell carries half the number of chromosomes of the parent cell. A zygote, by comparison, is the product of the fusion of two gametes. A male gamete (sperm cell) travels towards the female gamete (egg cell) during fertilization. A fertilized egg is known as a zygote, which later develops into an embryo and then into a fetus.

There are major differences between a gamete and a zygote in terms of mobility. A male gamete (or a sperm cell) is motile in nature, and it can travel and reach the fallopian tube within 45 minutes. However, only a few can survive the hostile environment in the woman’s reproductive system. Unlike a male gamete, a female gamete (egg cell) and a zygote are both non-motile.

A female gamete and a zygote bear close resemblance as they are both large and spherical, while a male gamete is a tadpole-like structure that has the ability to swim towards the fallopian tube.