Difference between a Groundhog and a Gopher
By Theydiffer - July 17, 2016

Aside from being pesky, furry little rodents belonging to the same group of ground squirrels, groundhogs and gophers have as many striking differences as they do similarities. Want to know which one decided to move into your lawn so you can tell the exterminators what to get rid of? Read on below. 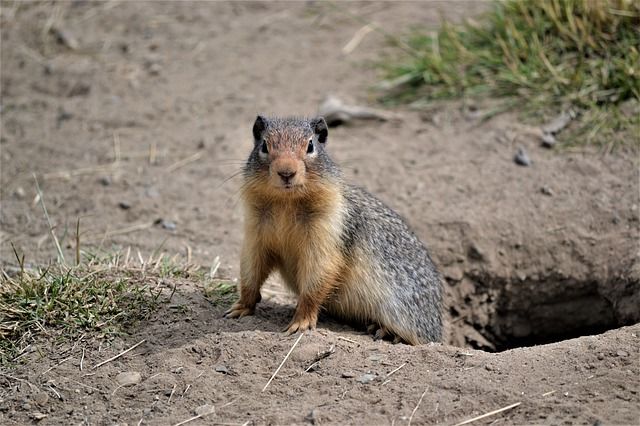 The groundhog is also known as a chuck, or woodchuck, wood-shock, whistle pig, whistler, groundpig, thickwood badger, moonack, monax, red monk, or weenusk. It is a lowland animal, unlike its other relatives such as the hoary and yellow-bellied marmot, and is commonly found in the northeastern and central regions of the US and Canada, reaching as far as Alaska and Georgia.

Growing to an average length of 20 inches, a groundhog usually weighs anywhere from 4 to 9 pounds. However, in areas where food abounds and predators are a lesser threat, these critters can grow to lengths of 30 inches and can weigh up to 31 pounds.

Groundhogs spend most of their time in their underground burrows or dens that they dig with their strong limbs and thick, well-curved claws. These burrows have multiple entrances all leading to a main tunnel and a hibernation chamber where they sleep during the winter. They wake up around February, which coincides with their mating season.

Vegetarian for the most part, a groundhog’s diet would include leaves, wild grasses, wildflower stems such as daisies, buttercup, thistles, and dandelions. Agricultural crops and berries are on a groundhog’s menu, including nuts and tree bark. Groundhogs have also been seen eating grasshoppers, snails, and other small animals and insects.

Here’s a fun fact; some believe groundhogs don’t drink water, but despite their heavy build, are very good swimmers. They are also covered in two layers of fur – a thick, grey undercoat and a longer layer of coat made of banded guard hairs. 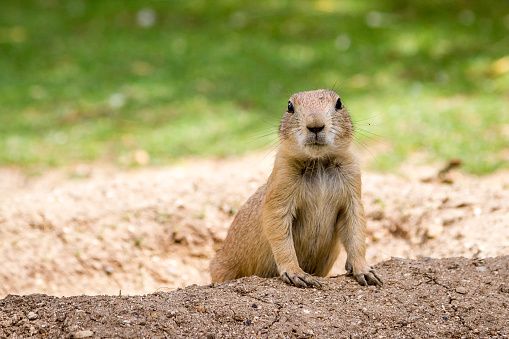 Gophers, or pocket gophers, are burrowing rodents widely known for their extensive tunneling expertise. They can be found mostly in Central and North America.

Pocket gophers are small, measuring anywhere from 6 to 8 inches and weighing an average of 0.5 pound. Some species are known to weigh up to 1 kilogram. Gopher tails can grow up to 1 to 2 inches long.

This burrowing rodent has a lifespan of 1 to 3 years sans diseases or predators, and can live to a maximum of close to 5 years. There is a certain gopher species, however, that has been recorded to have lived up to 7 years in its natural habitat.

Pocket gophers are called as such because of their large cheek “pouches”. Food found during foraging is stored in their cheek pouches and brought back to their burrows where huge amounts of food are stored. Gophers are known to be omnivorous animals, with earthworms, nuts, plant roots, berries, carrots, radish, and other vegetables in their diet.

Sounds something like you’ll hear in a fighting game, doesn’t it? But what is the difference between a groundhog and a gopher?

A groundhog is a lot bigger than its distant cousin, the gopher. Thus a groundhog has fewer natural predators, while the gopher is on the menu of a larger number of bigger animals. No wonder cousin groundhog far outlives the diminutive gopher.

If they were to sit right next to each other, it would be easy to tell them apart with a trained eye, particularly if you have read all the way to here. If you check the teeth in a groundhog’s mouth, they’re noticeably white and sit snugly inside when closed. The gopher has protruding brown to yellowish teeth. While both have sturdy, curved claws meant for digging holes in the ground, gophers are capable of building more complex and extensive tunnel systems than groundhogs.

Groundhogs hibernate all through the winter. While there are some gopher species that tend to hibernate as well, they wake up during the summer month of July.

Most of all, check out the large cheeks on the gopher that function as a shopping cart of sorts when foraging for food. You’ll know it’s a gopher when you take a close look (if you can) at its large, pouchy cheeks.