Difference between a Groundhog and a Woodchuck
By Theydiffer - September 26, 2016

A groundhog goes by many names: whistler, ground pig, Canada marmot, moonak and red monk, among others. A groundhog is also called a woodchuck, and they are actually the same animal. Let’s get to know this critter a little bit more. 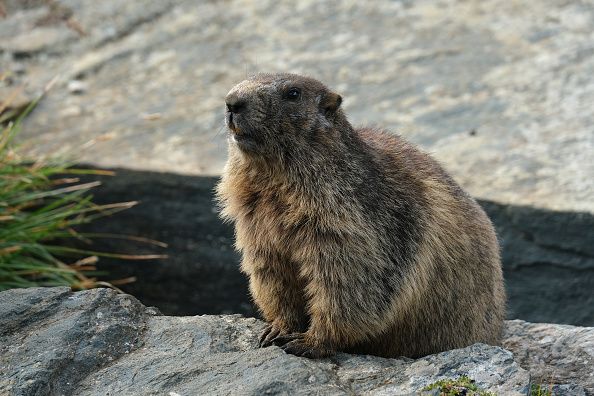 A groundhog is a rodent belonging to a subgroup of ground squirrels referred to as marmots. People in the Northwest call it a thickwood badger to distinguish it from the prairie badger. The Native Americans call it a monax, or the digger. Young woodchucks are called chucklings.

The groundhog is a lowland animal, but other marmots, such as the hoary and yellow-bellied marmots, can be found in mountainous habitats. Large groundhog populations can be found in North America and are commonly seen in the northeastern and central regions of the U.S. and Canada. Groundhogs have also made their way farther north to Alaska. They like the open country and prefer to live around woodland edges.

Groundhogs are expert swimmers and good tree climbers. These creatures will quickly run up a tree to escape predators such as eagles, wolves, coyotes, bears, dogs and foxes. No wonder life expectancy in the wild is just an average of couple of years due to their many enemies. They are known to live from 9 to 14 years in captivity.

Groundhogs are known to build impressive homes. Burrows can have several levels with separate “rooms” for the winter and summer seasons. There are even bathrooms where they can defecate. A burrow can be as long as 8 feet (2 meters) to 66 feet (20 meters).

Compared to their prairie dog cousins, groundhogs are solitary animals. The only time they look for their own kind is during mating season. Even mother groundhogs nurse their young until they are weaned, then leave their young ones to fend for themselves. Though they are mostly solitary, it is common to see several groundhogs inhabit a single burrow.

The groundhog is a very alert animal. It can stand motionless and erect on its hind legs to keep an eye out for any signs of danger. It makes use of a high-pitched whistle to send out a warning to other members of the colony. This is why it is also called a whistle pig.

There is no difference between a groundhog and a woodchuck – they are the same.

Groundhogs don’t have anything to do with wood or any chucking for that matter. The term woodchuck comes from the word wuchack, an Algonquian term for groundhog. Algonquian is a language spoken by Native Americans from the eastern coast of North America all the way to the Rocky Mountains.