Difference between a Twister and a Tornado
By Theydiffer - June 30, 2016

We often hear the terms “tornado” and “twister” in the same context, so why is that? Are they the same thing? One thing we know for sure is that tornadoes and twisters are known to be destructive storms that can wreak havoc even on the most highly fortified towns and cities. 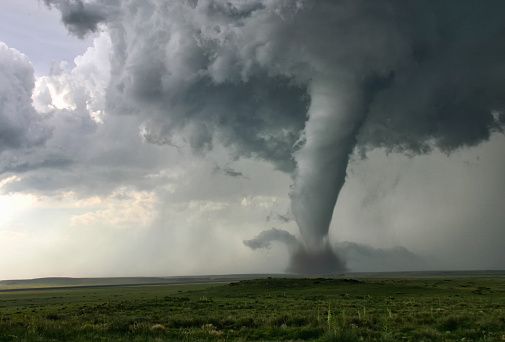 When hearing the word “twister”, there is one thing that clearly comes to mind, and that is the “tornado”. Since the 1996 movie ‘Twister’, the name “twister” has become a more popular term for tornadoes. So basically, twisters are just tornadoes, and this term is used as a slang version of tornado,  because of how it acts. Come to think of it, technically a tornado is a rapidly twisting vortex of air.

Also known as cyclones, twisters and tornadoes consist of a violently rotating column of air that forms from the base of a cloud and descends down to the ground. It is also usually associated with a thunderstorm, which unfortunately for us, adds to the damage it can inflict.

A tornado, as you may already know, is a destructive storm with a violently rotating column of air. While tornadoes are spotted in most parts of the world, they are said to be more frequent along the continental plains of the U.S.  For a tornado to be called a tornado, the wind speed must reach at least 40 mph (64 km/h).  While this speed may seem relatively weak, a tornado can reach speeds of up to a scary 200 mph (322 km/h).  In terms of their size, tornadoes are usually 250 feet (80 meters) across, but they can also stretch out for more than 2 miles (3 km) and can travel dozens of miles before dissipating.

So basically, twisters and tornadoes are the same thing. They are just two different terms to name the same natural phenomenon, which is a strong column of rotating air. So that leaves us with the more important question, “How do we know if a tornado is forming and how dangerous can they be?”

Unfortunately, tornadoes are known to form instantly within minutes, and so and warnings may only be issued if a tornado has formed. This is just one of the factors that make a twister or a tornado terrifying. While some tornadoes last only minutes, some have been known to last longer than an hour.

Life Cycle of Twisters and Tornadoes

Interesting Fact: There is geographically unique area nicknamed ‘Tornado Alley’ where the majority of  tornadoes occur.