Difference between AC and DC Power
By Theydiffer - February 26, 2016

Ever heard of the iconic metal band AC/DC? Do you know what the name stands for? It may sound a bit weird, but it actually stands for the electric currents AC (Alternating current) and DC (Direct current). The idea of the name comes from the initials ‘AC/DC’ on a sewing machine. So, what is AC/DC, and why is it important to know the difference? 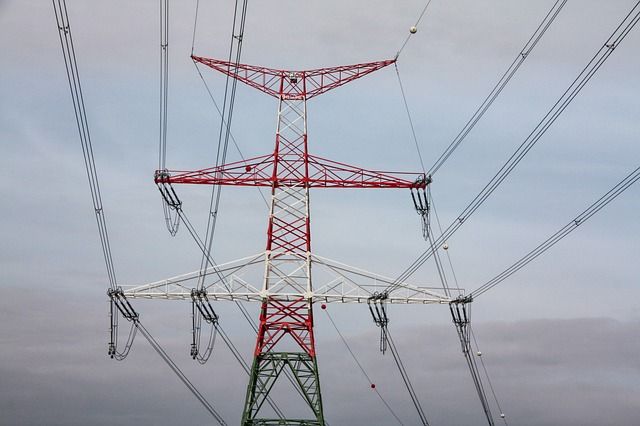 AC Power – Known as Alternating current, the AC is an electric current with electric charges that flows in reverse direction periodically. It is the most common and most preferred electric power delivered to businesses and residences. This is because the voltage can be changed through a transformer to comply with the transmission. It was first tested with a dynamo electric generator that was based on Michael Faraday’s Principles and constructed by Hippolyte Pixxi in 1832.

AC power can be identified through the wave form sine wave or sinusoid (a mathematical curve that describes repetitive oscillation, or in simpler terms, curved lines) used as a label. This represents the electric cycle and is measured according to its cycles per second, so each time a current travels in one direction, back to itself, it is considered one complete cycle. This gives you the unit measurement ‘Hertz or Hz’. Taking the typical frequency used in Europe which is 50 Hz that translates into 60 cycles per second.

Note: AC is usually found in homes and industry with powers of 120 volts to 240 volts.

DC Power – Known as Direct current (Previously galvanic current), DC is an electric current with electric charges that flows in a single direction. Because of this, it is easier to understand the electrical flow due to its constant voltage/current. It is usually used to charge batteries and as a power supply for electrical devices. Looking back at our history, you have probably already heard of the name Thomas Edison, who introduced the first investor-owned electric utility in 1882, and made the first commercial electric power transmission in the mid 1950’s.

DC power can be identified through a combined plus and minus sign, a straight line/s, or a dotted line. Unlike AC power, DC power won’t cycle back to where it started from, thus the frequency of its electric cycle is invalid or zero.

Note: DC is usually found stored in batteries that can reach up to 12 volts (due to the wide availability of 12-volt equipment).

What’s the difference between AC power and DC power? While it is technically hard to understand, with a few examples, you’ll at least have an idea of which is which, and what’s what.

If you’re reading this, chances are you’re using a laptop, a desktop, or a mobile device. If you do use a laptop, then it’s safe to say that you are using both AC and DC power, and here’s the simple explanation. The nozzle or plug that connects your laptop to an outlet is using AC current, but when the current does reach your laptop, the power adapter then transforms the AC into DC. Same goes for your mobile devices. Desktop computers on the other hand have power supplies that can accommodate an AC current, a DC one, or even both. It really depends on what power supply you are using.

To summarize, AC has an alternating current of 50 Hz or 60 Hz (depending on location), while DC has none. The flow of an AC current is reversible, while DC can only flow in one direction. AC is able to transfer current over long distances and provide more energy, while DC can only transfer limited energy. And finally, AC power is preferred in homes and industries, while DC is more preferred on electrical devices that are powered by fuel cells, batteries, and generators.

Note: AC/DC refers to a device that can run on either type of current