It’s not always easy to tell the difference between dog breeds, especially for these types of dog breeds that resemble one another, particularly to the untrained eye. When one is considering any of the three as a pet, knowing how they differ can mean a healthy relationship between the dog and the owner. 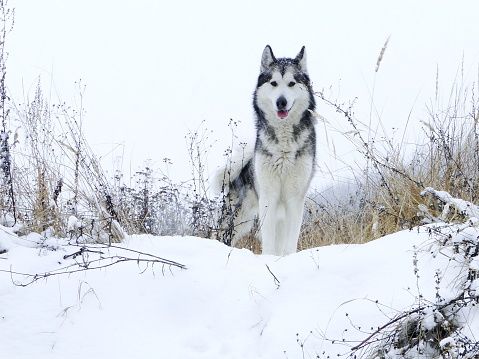 The largest breed among the three, the Alaskan Malamute is a domestic dog with double-coat (consisting of a soft undercoat and a coarser topcoat) that was originally bred for hauling heavy loads weighing up to 500 to 1,500 kilograms. It is similar to other arctic breeds including Greenland dog, Canadian Eskimo Dog, Samoyed, and the Siberian Husky. Powerful, with a sturdy body built for stamina and strength, it is also considered to be one of the oldest dog breeds with a look that’s not been significantly altered over the years.

Alaskan Malamutes are intelligent, playful and stubborn. When raised properly, they greet everyone as a friend, even strangers or first-time houseguests, making them poor watchdogs. They are pack animals that are loyal, and enjoy the company of their owners. They rarely bark, but they often howl instead.

A male can reach up to 25 inches in height at shoulder level and can weigh around 75 to 85 pounds. A female on the other hand can reach 23 inches in height and weigh as much as 75 pounds. In rare instances, a ‘giant’ version can reach 140 pounds, but wouldn’t be considered healthy. Malamutes usually have brown eyes, a broad head, and a bushy tail. 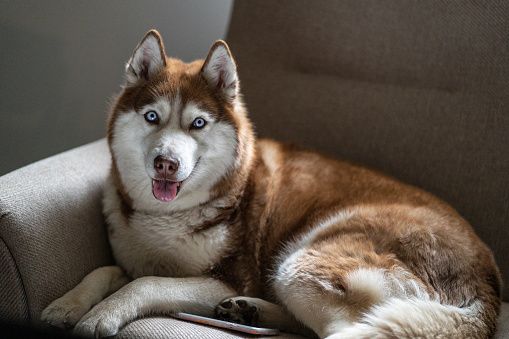 The Siberian Husky is a medium-sized dog breed with a dense coat; it was originally a working dog breed in north-eastern Siberia. It can easily be recognized with its thickly furred double-coat, erect triangular ears, and distinctive mask markings. It is a resilient breed with ancestors that lived through an extremely cold and harsh environment.

Siberian Huskies are pack dogs and need an owner or a leader. As with the Malamute, they rarely bark and enjoy howling. When treated and trained appropriately, they can be the gentlest and friendliest dogs that make them unsuitable as watchdogs.

A male husky’s height is ideally between 21 and 24 inches, weighing in at 45 to 60 pounds, while a female husky can reach 20 to 22 inches at 35 to 50 pounds. It has a thick coat with a variety of eye colors that can even be mixed. As with a malamute, it has a bushy tail.

Considered more as a type rather than a breed, the Alaskan Husky is defined mostly by its purpose, being a very efficient sled dog. It is a sled dog that’s highly favored for world-class dog sled racing. If it can fulfill the performance standards for being a world-class dogsled racer, prices of this type of dog can go as high as $10,000 to $15,000.

Alaskan huskies are primarily bred as working dogs, but beneath all that, they are gentle and playful. They are intelligent, sociable, easy-going, docile, and have lots of energy. As with Alaskan Malamutes and Siberian Huskies, they are not good watchdogs for the same reasons. They like to howl and are easily bored.

Alaskan huskies are a double-coated larger breed than the Siberian huskies with males reaching 23 to 26 inches in height, weighing in at 40 to 60 pounds, females reaching 23 to 26 inches in height and weighing in at 33 to 48 pounds. Working sled dogs can however weigh up to 50 to 60 pounds. Unlike Malamutes and the Siberian Husky, they are leaner and have long muscular legs. Eyes color is usually brown but can sometimes be blue.

Aside from their sizes and eye colors, each one of them is bred with a purpose. While the Malamutes were bred to pull heavy loads, the huskies however were bred to pull sleds faster. Also, only two of them are recognized by the American Kennel Club and those are the Alaskan Malamute and the Siberian Husky. Temperaments among the three are similar, and will only show differences depending on how they were raised.