Difference Between Alligators And Crocodiles
By Rebecca Rodriguez - December 27, 2021

Although crocodiles and alligators might look very similar, these two animals have some major differences. While the most obvious differences between them are physical, they also have very different behaviors. Keep reading to find out more about the difference between alligators and crocodiles. 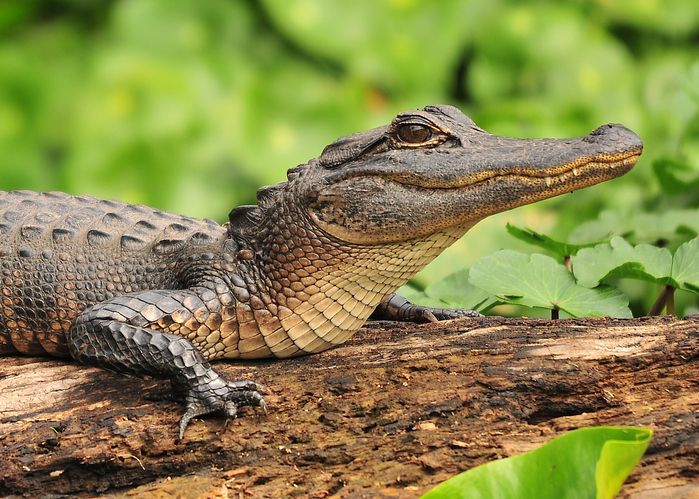 Found only in freshwater habitats in the US and China, alligators belong to the Alligatoridae family. They have wide and U-shaped snouts and can hide their teeth when their mouth is shut. Alligators tend to be tamer, and usually shorter, than crocodiles.

With a pointy, V-shaped snout, Crocodiles can be seen everywhere in the world in saline and salty water. Unlike alligators, they can’t hide their teeth when their mouths are shut. They are lighter in color and slower than alligators both on land and in water.

Around 80 million years ago, the Alligatoridae and Crocodylidae families diverged from a common evolutionary ancestor. Over the years, alligators and crocodiles remained somewhat similar in appearance but became two separate taxonomic families. There are several differences between the two, but the easiest to spot is the shape of their snout. While alligators have shorter, more rounded snouts, crocodiles have longer and pointer snouts.