Difference between Alligators and Crocodiles
By Claire Miles - August 23, 2021

Alligators and crocodiles are both amphibious reptiles that are often found in marshlands and swamps. Easily confused for one another due to their similar appearances, habitats, and behavior they are in actuality rather strikingly different. This article should allow you to discern one from the other should you ever need to. 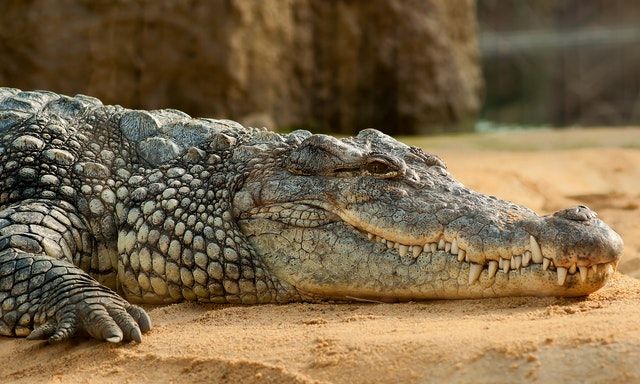 Alligators are a large semi-aquatic reptile species found primarily in the Americas and China in freshwater. It has a rounded snout, a dark shiny green color and the teeth only on the top of its jaw are visible. It can weigh up to 500 to 1000 pounds and reach up to 13 feet in size. Alligators primarily eat fish, snakes, turtles, smaller mammals, and birds.

Crocodiles are large semi-aquatic reptile species found across all the major continents, except Europe. It has a long triangular snout, a light green, brown, grey, or black color. It can reach up to 23 feet in length and weighs between 800 to just over 1000 pounds. Crocodiles primarily eat fish, snakes, turtles, smaller mammals, and birds. However, they are also opportunistic hunters and will eat whatever they can catch.

The main difference between crocodiles and alligators in their appearances and size. The most distinctive difference between them is their sizes. While both are able to reach comparable weights, crocodiles are able to grow far larger in size with respect to their length. Another significant and immediate difference is the shape of their snouts, with the crocodiles being triangular and the alligators being rounded. Crocodiles are also well known to attack humans if given the opportunity while alligators are understood to be timider and are generally as being more afraid of humans than predatorial towards us.