Difference between AMD and Intel Processors
By Theydiffer - July 23, 2016

When it comes to desktop or laptop processors, there are but two names to consider, AMD or Intel. Some might say AMD is better, while some will say otherwise, but you know what? It really comes down to each one’s preferences. 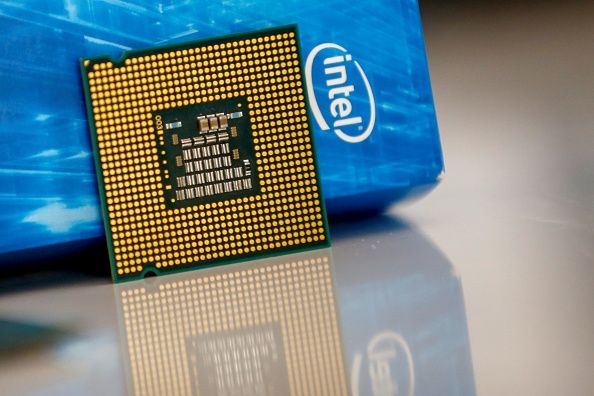 Advanced Micro Devices, famously known as AMD, was founded May 1, 1969. It is an American multinational semiconductor company that develops computer processors and other related technologies such as motherboard chipsets, graphics processors, personal computers, embedded systems applications, and workstations. It is currently the second largest supplier of processors and is the only significant rival to Intel on the market.

AMD processors are known for being the cheaper unit compared to their rival, the Intel. While it is indeed cheaper, performance is however debatable when compared to Intel’s processors. It is also known to be the better choice for overclocking since it can be pushed much farther than the equivalent Intel processor, although, it does have a higher power consumption than the Intel’s.

Intel processors are no doubt the more famous ones compared to its rival, the AMD. This is because of their sheer power and lower power consumption. With great power, however, it comes with a greater cost, literally.

What’s the difference between AMD and Intel processors?

Intel enthusiasts may state a number of advantages over the AMD, but so it is with AMD enthusiasts in terms of Intel. The thing is, those advantages, either from AMD or Intel, may be both correct. Depending on one’s preferences, one may be the better choice, while the other may be the inferior one.

Both AMD and Intel offer a wide range of price points, but some AMD processors are available for less. Dual core AMD processors can be between $25 and $35; Intel’s dual core processors can go from $30 to $45. It doesn’t mean however that AMD has a better value since they both are dual cores, in fact, most reviewers have found out that Intel has a better computing performance per dollar. That is of course if your applications can accumulate that much power. Let’s say you’re into games that don’t require that much power. Those games can only handle so much power that excess power is just wasted. So between the AMD FX-8350 8-core processor that costs around $160 and the Intel Core i5-46705 Quad-core processor that costs around $200, the Intel may be better but both the AMD and Intel can deliver the same performance. In that context, AMD has the better computing performance per dollar.

Overclocking is one way to boost processors but it is quite risky. But when done right, it can boost up the speed of your processor for up to 10% of the normal performance. With Intel, they don’t actually recommend it nor disapprove of it, but they do have chips built for overclocking that can go from 3.2 GHz up to around 4.5 GHz. AMD on the other hand, supports overclocking most consistently and even developed the AMD OverDrive technology for a more efficient overclocking.

Intel has lower power consumption than the AMD.

When comparing Intel and AMD, we usually come across the question, “which is better”? Generally speaking, Intel might have the upper hand in terms of performance, but it’s not that far ahead of AMD. Not to mention the fact that AMD processors also cost less when compared to their Intel counterparts. That being said, the key point here is actually the “better choice” in respect of the user’s preferences. Obviously we all would like to have the most powerful processor available, most likely from Intel, but not all of us have the luxury of affording a $1000 processor. One more thing to consider, depending on how you use your computer, you may not need the faster performing processor, so instead you can use the cheaper but still effective processor.

Note: Intel Processors might be the better performer but it may only show when working on a very heavy-load software on your computer, and when we say heavy-load software, not just the high-end games but also Adobe Photoshop and other heavy rendering or analyzing software.