Difference between Amstaff and Pit Bull
By Theydiffer - May 8, 2016

Amazing dogs and wonderful companions, the Amstaff and the Pit Bull are two breeds most people cannot tell the difference between. Although they look alike as they are part of the same family, they have different characteristics and different temperaments which recommend them for certain types of owners. Both breeds are well proportioned, muscular and have straight bull-like muzzles. Both are loyal and courageous, alert and intelligent. So, how can we tell them apart? 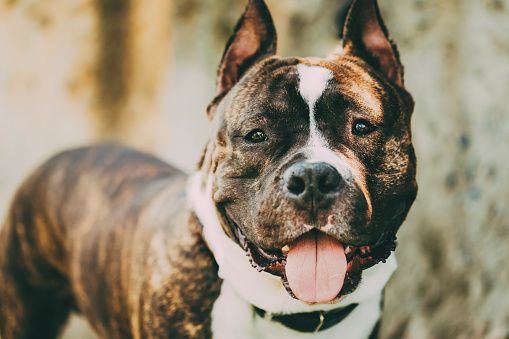 The Amstaff stands for the American Staffordshire Terrier, which is a type of Pit Bull. Despite the name, they were first bred in England in the 19th century. The breed thrives in a family environment, is very protective and loyal and is at its best when given a job and when it is properly exercised. They are incredibly protective, loyal and courageous animals, generally healthy with a life span of 12-14 years. They are low maintenance dogs with short hair with a moderate amount of shedding. The breed can adapt to apartment life, but a house with a back yard is always the better option. 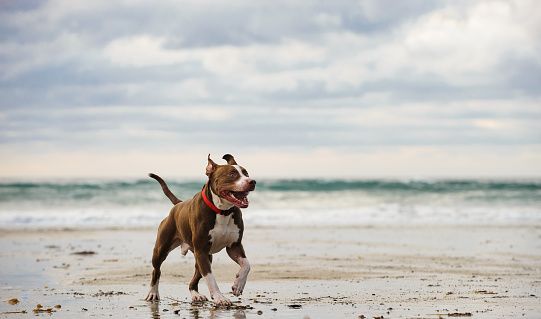 The Pit Bull or American Pit Bull Terrier, which is the breed most representative of the Pit Bull type, is successfully used for police work, therapy and guard duties. They have the same lineage as the Amstaff, which means they were bred in England in the 19th century. They are agile, strong, tenacious, very obedient and very good with children as they are tolerant. Well behaved when properly trained, Pit Bulls can find their place in a family. They are very alert, social and cheerful dogs which need a lot of exercise and an assertive owner. As far as maintenance goes, Pit Bulls need normal grooming which includes brushing and nail clipping.

What’s the difference between Amstaff and Pit Bull?

The Pit Bull breeds are a cross between Bulldog and Terrier, some breeds having taken on the characteristics of one of the two more than the other. As suggested by the name, these dogs were used in baiting bulls or bears and ended up being pitted against each other in blood sports. This accounts for their reputation of being aggressive attack dogs. However, it all lies with their training as they are very receptive animals, very obedient and eager to please.

As far as appearance goes, the Amstaff can be black, blue, white or brown while the American Pit Bull Terrier’s fur color can be black, blue, white, brown, gray, red and yellow and it may also include mixes. Also, the Amstaff is closer to the Bulldog as can be seen from the dog’s overall bulkier aspect and from the fact that this breed is usually bigger than the American Pit Bull Terrier. Otherwise, there are very few notable differences, which means that even experts avoid guessing these dogs’ breeds at a glance.

The Amstaff takes a bit from the Bulldog temperament as well, as it can be a bit stubborn. Being easy to train, the Pit Bull does better in this department, making it the more recommended choice of first-time owners. Neither of the two breeds has a high potential for loud, prolonged or useless barking and they both have an overall cheerful nature which makes them friendly to other people.