Difference between Android and iOS
By Theydiffer - June 27, 2016

The battle of operating systems is on and few are those who do not know at least some tech terms like intuitive operating system, interface and responsive website and so on. But apart from the obvious brand marketing-induced preferences, what is the difference between these two? What makes one better than the other or what makes one stand out more than the other? The answer to this last question is important because these are not the only patented mobile operating systems on the market, yet they are the ones that are the most prominent at the moment. 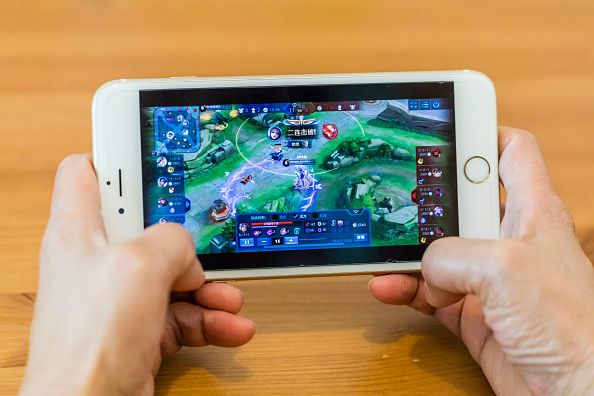 The Android is the mobile operating system developed by Google. According to the number of devices it has been installed on, it is the most commonly used system. The system’s interface is based mainly on direct manipulation, meaning that everything a user does corresponds to real life hand gestures such as sliding, pinching, widening and swiping. The coding languages used for the Android OS are Java and a bit of C/C++ for specific parts.

What users love the most about it is that the Android OS permits the installation of a very wide variety of applications. They can be downloaded and installed for free. The first Android version available was the Android 1.6 Donut (its main feature – the Quick Search Box). The Android 2.1 Éclair followed (its main feature – touchscreen and real-time traffic information). Android 2.2 Froyo (its main feature – voice control and hotspot creation) and the Android 2.3 Gingerbread (its main features – longer battery life and better for gaming) were the stepping stone to the next generation Android systems. Android 3.0 Honeycomb (its main feature – opened the era of tablets and easy navigation) and the Android 4.0 Ice Cream Sandwich (its main feature – user control and high level of customization) are already closer to the systems we use today. The Android 4.1 Jelly Bean made the device work with multiple accounts and the 4.4 KitKat version perfected the voice commands to send texts, get directions or play a song. Android 5.0 Lollipop meant the “smartification” of everything from phones to watches and everything else with a screen. The 6.0 Marshmallow is the latest version of Android and it has brought a longer battery life, new apps and better smartphone voice and tap control.

iOS is the operating system designed by Apple, available exclusively on Apple products, such as the iPhone and the iPad. According to the number of devices it is installed on, it is the world’s second most popular operating system. The user interface relies mainly on multi-touch gestures and most of the apps compatible with the system are available by purchase on the iStore.

Apple updates its system almost yearly and the new versions are available on iTunes and are compatible with the latest versions of the iPhone. Probably one of the most impressive features of the iOS is Siri, the personal assistant. Otherwise, the phone has fingerprint recognition, a highly intuitive interface, and Facetime (video chat). The model can only be customizable to a certain extent.

The coding languages used for the iOS are C/C++, Swift and Objective-C. The latest version of the iOS, the iOS 9.3 was released on March 21, 2016 and a beta version of the iOS 10 is ready for installation for those you wish to give it a test run. Those who do not want to go through the process of installing it by themselves can simply get the iOS 9.3.2 automatic update.

So what is the difference between Android and iOS?

The iOS is generally known to be highly intuitive and the type of system which “ruins” users for other devices. Also, it wins in most things media related such as the consistent quality of the camera and incredibly extensive lists of songs at the App Store. On the other hand, the Android is highly customizable and most of its updates and apps can be downloaded and installed for free. It is more permissive in this respect. Its apps and widgets come in handy, the contacts are better organized and it makes for easy email navigation.

While Apple has been known to be a major failure with the Apple maps which led directly into a lake, Android uses the Google maps which are constantly being updated and are probably the most reliable. Even so, the iMessenger is still better than the Android messaging service and iOS devices are more easily set to vibrate.