Difference between Angels and Archangels
By Theydiffer - July 21, 2016

Have you ever wondered why is it that people claim to have seen angels but there has never been an archangel sighting? To a non believer or to anyone who has always skipped Sunday school they should be kind of the same thing, right? Not really. Here are some of the main differences between angels and archangels, along with some pretty cool stuff you never knew! 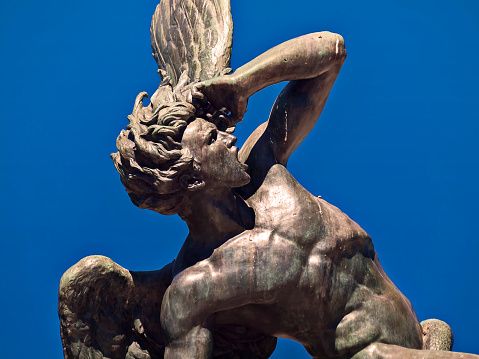 An angel is a spiritual, superior being that is commonly met in Abrahamic religions (Christianity, Judaism and Islam) and in Zoroastrianism. They are supposed to be the messengers of God, to help people in their time of need. In paintings, they are depicted as human beings with wings, flowing hair, with halos and often emitting light. They are the overall symbol of good. To say about a person that he/she is “an angel” would be referring to kindness manifested toward another being.

Angels are the guardian spirits of the people on Earth. People usually pray to their guardian angels for help in a very deep manifestation of belief. The etymology of the word reveals a very curious blend of the cultures which believe in such beings. It could come from Old English in the form of engel, or from Old French as angele, both of which are derived from the Latin word angelus, meaning messenger, thus underlining their primary function of messengers of God. However, the Latin word was borrowed from Greek, which, in its turn, has a Persian equivalent. In the Jewish faith, angels are usually referred to as mal’ākh, also a word for messenger. 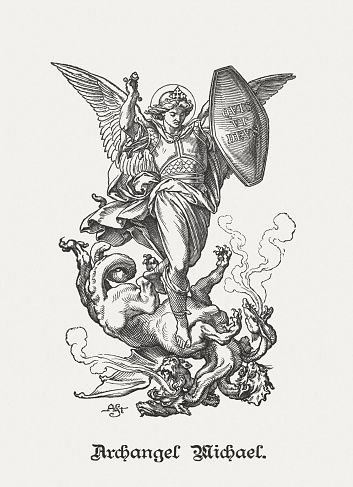 An archangel is an angel of higher rank as translated from Greek. This is a being closer to God than an angel and also being entrusted with the well being of the human world. We can find archangels in the Abrahamic religions, i.e. in Christianity, Judaism and Islam, as well as in Zoroastrianism, although in a different form. Although mentions of them vary from one Holy Scripture of the Abrahamic religions to another, archangels can still be known by name. The ones whose names are mentioned in all these faiths are Gabriel, Michael and Raphael. Their responsibilities in the Heavenly Kingdom are well defined: Archangel Michael is the Guardian of Faith; Archangel Gabriel is the keeper of God’s mystery and the herald of the birth of Jesus; Raphael is the healer.

Archangels are depicted as having a human form, impressive wings and a very impressive stance. In most paintings and works of art, they are presented according to each one’s attributes: Michael with the sword, Gabriel with the lily or with a mirror and Raphael with a physician’s alabaster jar.

There is another archangel known for having fallen from the graces of God. This is Lucifer, the one who rose up and claimed to be God’s equal. He was banished to Hell along with all of the angels who took his side in the uprising and who thus became demons. Lucifer and his demons are usually associated with all that is evil in the world.

So what is the difference between angels and archangels?

Angels are the messengers of God on Earth, while Archangels are the guardians and leaders of the Heavenly legions along with humanity as a whole. It is believed that every person has a guardian angel entrusted to him who can come to their aid when prayed to or at any moment of need. One could also pray to an archangel for help and support but their responsibilities are bigger than just helping out individuals.

Both of them are presented as having human form and wings, a consequence of the fact that the world was created in God’s image, both the visible, as well as the invisible one. However, while any generic type of angel is depicted as the living image of pity and love, archangels usually have a different stance of protectors, guardians, fighters.

Angels and archangels are present in Abrahamic religions and Zoroastrianism. However, apart from Michael, Gabriel and Raphael, the other names mentioned in each religion’s Holy Scriptures vary. The roles they play and their importance remain the same, though.