Difference between Anorexia and Anorexia Nervosa
By Theydiffer - January 13, 2017

Anorexia and anorexia nervosa are often used interchangeably. However, these two medical terms refer to differing physical and psychological conditions. 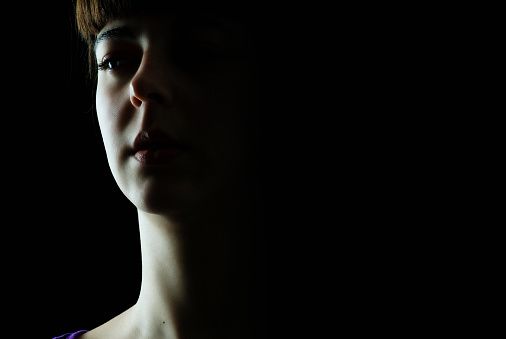 Anorexia is the general loss of appetite. Contrary to popular belief, people suffering from anorexia may not always have a low body weight since the loss of interest in food can be caused by factors that are not directly associated with the desire to lose weight. For instance, depression or side effects from medications can lead to anorexia.

Additionally, anorexia can be a symptom of an underlying medical condition. Patients diagnosed with cancer and other debilitating conditions are more susceptible to generally losing their appetite.

Anorexia nervosa, on the other hand, is a psychological disorder characterized by one’s complete aversion to food. It is caused by an impaired perception of body image, which results in an intense fear of gaining weight.

Anorexia nervosa is physically manifested by a critically low body weight. Because of poor self-image, patients suffering from this disorder intentionally restrict food intake. In addition, they may resort to other potentially harmful methods to continue losing weight like misusing laxatives and diuretics or vomiting after meals.

So what’s the difference between anorexia and anorexia nervosa? While both are mistakenly used interchangeably, they do not bear a lot of similarities.

Simply defined as the general loss of appetite, anorexia is not always caused by one’s desire to limit caloric intake and lose weight. Instead, it refers to a condition where a person loses interest in food because of varying factors. Depression, an underlying medical condition, or a side effect of a medication can cause anorexia.

Meanwhile, anorexia nervosa is a psychological disorder where the patient has an impaired body image. In this condition, patients do not lose their appetite; they intentionally limit their caloric intake because of their irrational fear of gaining weight.

Anorexia may or may not be characterized by an abnormal drop in body weight. Patients with anorexia nervosa, on the other hand, suffer from a fatally low body weight.

Unlike people with anorexia, those with anorexia nervosa sometimes resort to harmful ways to continuously lose weight. They may misuse laxatives and diuretics or vomit after meals to avoid potential weight gain.

In terms of treatment, anorexia can easily be handled by treating the underlying cause of the patient’s loss of appetite. The treatment for anorexia nervosa is more complex in nature as it requires a psychological care plan. If not controlled at an early phase, anorexia nervosa can lead to serious complications.