Difference between Anorexia and Bulimia
By Theydiffer - June 29, 2016

Eating disorders have become a serious issue since the 90s when young girls and boys pushed the limits to meet modern day physical expectations. Being excessively skinny as a result of one’s own choice and as a consequence of media and peer pressure was then targeted as a psychological problem and has since been treated with the utmost attention. But what makes the two main eating disorders different? What is anorexia and what is bulimia?

Anorexia is a psychological disorder characterized by an illogical fear of weight gain which causes the affected person to stop eating altogether. The condition is life threatening as lack of nutrients and a considerable decrease in body mass slowly affects all body functions. It affects both men and women and the form of recommended treatment usually involves psychological interventions to try to get the person to overcome the mental blockages involved.

There are two kinds of anorexia: anorexia nervosa or purge type, in which the person will vomit or take laxatives to purge all that was eaten, or restrictive anorexia nervosa, in which the person simply abstains from eating and drinking anything. Signs and symptoms of anorexia may include obsession with calorie count and fat intake, developing eating rituals and patterns such as hiding food or cutting it into very small pieces, lack of menstrual cycle, feeling cold, growth of fine face hair or loss of hair. 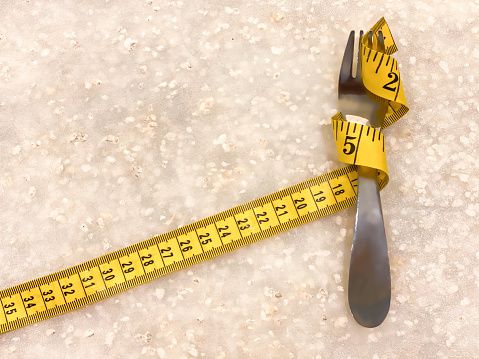 Bulimia is a mental illness that causes the individual to obsess about physical appearance, to fear weight gain, to eat excessively and then to purge. Excessive eating is referred to as binge eating and it usually represents a caloric intake of more than 2000 calories at one meal. Purging can be done by vomiting, enemas, excessive use of laxatives, extreme workout sessions. A bulimic person may not necessarily be thin.

There are telltale signs of a person’s bulimic habits. These are eroded teeth enamel from the stomach acid eliminated while vomiting, cuts on the fingers from sticking them into the mouth to induce vomiting, the habit of eating alone and hiding food – never actually seeing a person eat and then finding a lot of wrappers is a clear sign of a binge. The condition usually affects the patient as the stomach is not made to expand for large amounts of food and then empty itself out without processing anything. There can be esophagus problems on account of constant vomiting and gastric acid running up the throat.

So what is the difference between anorexia and bulimia?

Both anorexia and bulimia are eating disorders derived from the fear of gaining weight. However, while in both cases the person has a distorted image of how he/she really looks, only in the case of anorexia are they officially underweight, as bulimics can still be overweight and even obese. Although they may be similar, chances are that a bulimic may admit to having a problem and getting treatment, whereas the anorexic is more likely to get stuck in the notion of being too fat and not believing anything otherwise.

The bulimic binge eats then purges, whereas the anorexic is more calculated and cool. Even so, it is the anorexic that puts his/her life in more danger than the bulimic. Most likely, depression, accompanied by self loathing may be present in both cases. Treatment for an anorexic is more intense than in the case of a bulimic and it may require hospitalization, along with the attention of doctors, dieticians, psychologists and therapists. Of the two, anorexia is the more deadly eating disorder and it is considered closer to a form of mental illness than bulimia is.