Difference between Archbishop and Bishop
By Theydiffer - August 5, 2016

The average Catholic wouldn’t be able to tell the difference right off, especially when it looks like everyone in the Catholic hierarchy have similar roles, but different titles.

In the Roman Catholic Church, each geographical area where it is present is represented by a diocese. It has been this way since the start of the second century. The person appointed to head each diocese is either called an archbishop or a bishop. An archbishop heads an archdiocese that is of importance, or has historical significance. The title is given to highlight a level of honor or seniority.

As successors to the apostles, the archbishops and bishops are expected to unite the people of their respective dioceses. Each bishop is supposed to be a link that joins every other diocese head, up to the Bishop of Rome, who is the Pope.

Some dioceses are recognized by the Church to have historical or traditional significance. There are also dioceses that are found in larger, important cities. These “important” dioceses are led by bishops who carry the title of archbishop and are of a higher rank. This is the highest rank among the three traditional types of bishops. There are instances where the title of archbishop is granted personally, and not due to the diocese that they head. 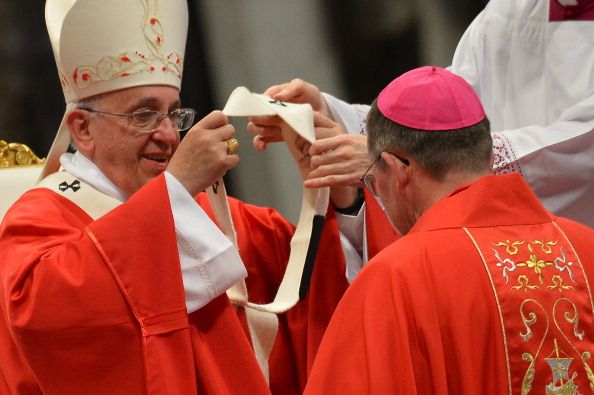 Archbishops do not wear an official dress that is different from other bishops. However, they can be recognized by the way they perform liturgical services wearing the pallium. It can also be noted that during processions, bishops follow archbishops as per strict protocol.

A bishop of the Roman Catholic Church is appointed by the Pope and is tasked to teach the doctrines, look after the members of his parish, and be a representative of the church. It is believed that bishops are endowed with the Holy Spirit, the spiritual grace to be able to lead their flock. This spiritual grace is handed down from the apostles to the bishops by a ceremony of “laying on of hands”.

Entrusted with taking care of his diocese, a bishop is expected to govern, teach, and sanctify his Catholic parishioners. This is accomplished by preaching the Gospel and Catholic way of life, providing administration of the sacraments, and presiding over matters of canon-law with his parish or diocese. He celebrates Sunday mass, assigns people in his clergy to positions in different institutions, and is also in charge of finances. It is also the bishop’s job to look after the priests with special care. Bishops need to make sure priests have what they need, and their rights are observed and recognized as per Canon Law. Latin bishops are also required to visit the Holy See every 5 years.

So, what’s the difference between an archbishop and bishop?

An archbishop of the Roman Catholic Church, although holding a higher rank than a bishop, performs the same ceremonies and carries out the same functions a bishop. Both have the same responsibilities, and an archbishop is actually a bishop who’s in charge of an important or large diocese, or what is appropriately called an archdiocese.

However, there are just a very few differences that can be taken note of, particularly in ceremonies. Bishops are supposed to follow archbishops in processions. An archbishop also performs liturgical services wearing a pallium, a vestment worn around the neck and shoulders, with two pendants resting on the chest. It is also possible that an archbishop may receive his title personally since he is in essence already a bishop.