Difference between Atomic Bomb and Hydrogen Bomb
By Theydiffer - August 12, 2015

History has seen many weapons and tools of destruction. Among the most devastating are the atomic bomb and the hydrogen bomb. This article will explain the difference between the two. 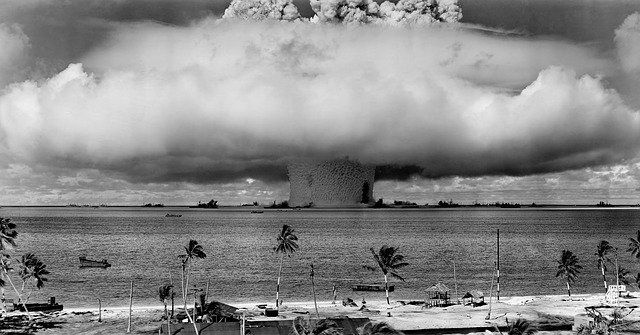 An atomic bomb or fission bomb, also called an A-bomb, is a weapon that derives its explosive and destructive force from nuclear fission. The process of nuclear fission is as follows: material for fission (fissile material), such as uranium or plutonium, is combined into what is known as a supercritical mass, the amount of material needed to begin a nuclear chain reaction. The explosive material in the bomb, when detonated, will set off a nuclear chain reaction that causes the explosion. The above photo shows two assembly methods. 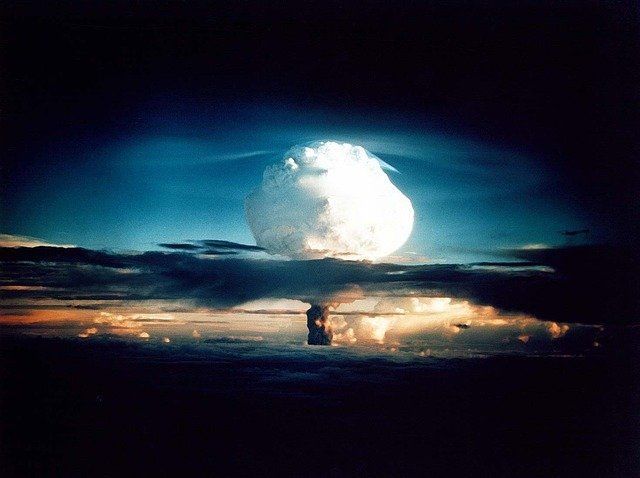 A hydrogen bomb, also called a thermonuclear weapon or H-bomb, is a weapon that derives its explosive and destructive force from nuclear fusion. How this process work is as such: a fission bomb is placed inside of a radiation-reflecting container along with fusion fuel such as tritium and deuterium. The hydrogen bomb takes its name from the fact that tritium and deuterium are isotopes of hydrogen. The explosive material, the fission bomb, explodes, which is known as the primary reaction. It then compresses and heats fusion fuel, which then causes further chain reactions, known as the secondary reaction. The above photo shows a diagram of a fusion bomb.

An atomic bomb relies on nuclear fission. Fission is a nuclear reaction in which the nucleus of an atom is split, and this releases a great deal of nuclear energy. Hydrogen bombs, however, rely on nuclear fusion. Nuclear fusion is a process whereby two atomic nuclei collide at a very high speed, which joins them and forms a new type of nucleus.

A hydrogen bomb is much more powerful than an atomic bomb.