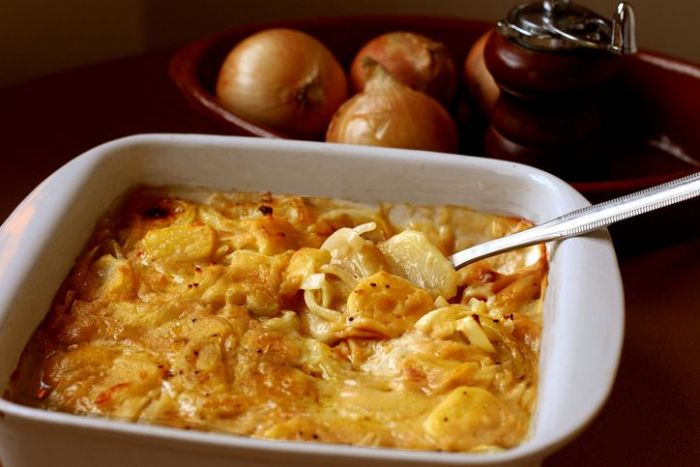 Although au gratin is French for “scrapings”, the term gratin can also refer to a crispy top usually achieved by adding grated cheese or breadcrumbs. This dish is made of thinly sliced potatoes cooked in a casserole dish, usually with cream sauce, and always with cheese. Sometimes, au gratin potatoes will also have a breadcrumb topping for extra crispiness.