Difference between Bald Eagle and Golden Eagle
By Theydiffer - June 29, 2015

The eagle is a bird of prey which figures heavily in the cultures of many societies worldwide. It is often seen as a proud and fearsome animal, and is considered a symbol of strength. There are approximately sixty species of eagle. Two of the most well-known species are the bald eagle and the golden eagle, and this article will help explain the difference between them. 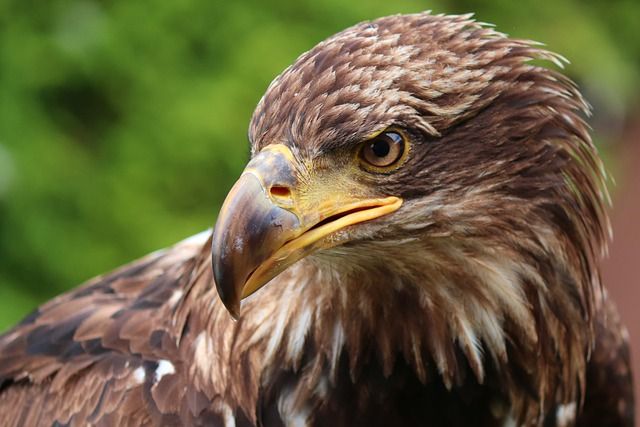 The bald eagle is found in the Americas, primarily in Canada, Alaska, the United States, and Mexico. Its name comes from its appearance: bald eagles have brown bodies, but their heads and tails are white. The prominent whiteness of the head gives the impression that the eagle is “bald”. Bald eagles primarily consume fish, and therefore their habitats are located close to large bodies of water. Their nests are located in old-growth trees, or more specifically, trees in forests that have not been disturbed for a long time, allowing the trees to be quite aged.  Bald eagles build enormous nests, with recorded sizes going up to 13 feet (4 meters) deep, 8.2 feet (2.5 meters) wide, and up to 2,000 pounds/1 ton in weight. The body length of a bald eagle ranges from 28 – 40 inches (70 – 102 centimeters), with a wingspan of 5.9 – 7.5 feet (1.8 – 2.3 meters). The bald eagle appears on many items in U.S. government and culture, and is both the United States’ national bird and national animal. 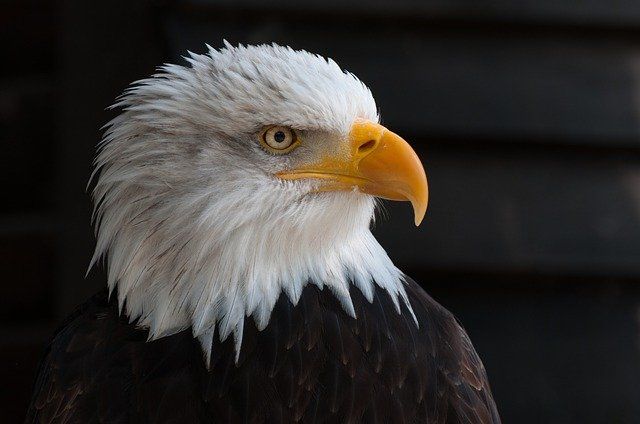 The golden eagle is found in parts of Eurasia, North America, and North Africa, and is the most widely distributed species of eagle, being found in great numbers in many locations. It is dark brown with lighter brown feathers at the neck and wings. Golden eagles prey on a variety of mammals, such as rabbits, squirrels, and marmots. Their habitats can be found anywhere from large forests to arid deserts, and they often nest in high locations such as cliffs. The body length of a golden eagle ranges from 26 – 40 inches (66 – 102 centimeters), with a wingspan of 5.9 – 7.8 feet (1.8 – 2.34 meters). Golden eagles were once valued for falconry, and held an important spiritual role in many tribal cultures.

What are the differences between a bald eagle and a golden eagle? The main differences are:

Bald eagles are found primarily near large bodies of water, whereas golden eagles can be found in deserts, in forests, near mountains, and in many other locations.

Bald eagles are known to mainly eat fish, but golden eagles prey on mammals like squirrels and rabbits.