Difference Between Barbie and Bratz
By Rebecca Rodriguez - April 17, 2022

Whether you used to play with Barbie or Bratz dolls when you were a kid, or you just know they exist because your niece plays with them, you most probably have seen both toys. Barbie was launched back in the 1950s and Bratz has only been around for two decades. So what’s the difference between them? If Barbie is such an icon, why do some kids prefer Bratz dolls instead? Well, here are the main differences between these dolls. 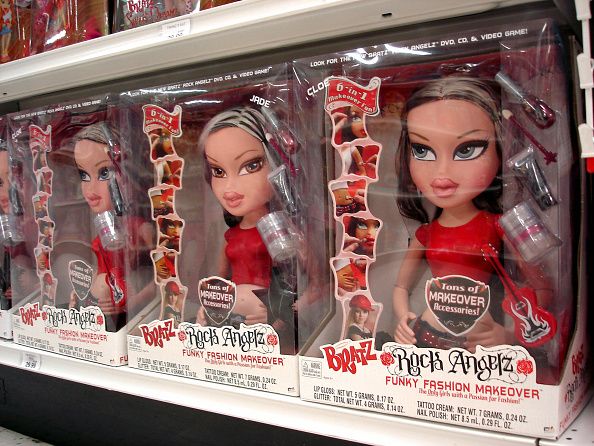 Launched in 1959, Barbie is a fashion doll manufactured by Mattel. It was inspired by a German doll called Bild Lilli and created by American businesswoman Ruth Handler. Named Barbara Millicent Roberts after Handler’s daughter, Barbara Handler, the doll has sold over a billion toys worldwide. Since its invention, the Barbie brand has expanded into a media franchise including a long-running series of animated films.

Created by Barbra Handler and manufactured by MGA Entertainment, Bratz was first released in 2001. By 2006, Bratz dolls had about 40 percent of the entire fashion-doll market. The Bratz brand has also expanded into a media franchise including a web series, a TV show, a film adaptation, and even video games.

While Barbie dolls were originally inspired by a German doll named Bild Lilli and launched in 1959, Bratz dolls were created by Carter Bryant while he was working at Mattel. Inspired by Steve Madden ads featuring models with big heads and big feet, Bratz dolls were released in 2001. Due to some similarities between Bratz dolls and Barbie dolls, MGA and Mattel were involved in a lengthy legal dispute which finally ended in 2011 with MGA Entertainment as the victor.