Difference between Beef Stock and Beef Broth
By Theydiffer - November 30, 2015

Beef is the culinary name for meat that is derived from bovines, especially cattle. Being authentic and rich in flavor, it is used in making hundreds of mouth-watering and scrumptious dishes all over the world. Along with having a good taste, it is also a source of great energy and makes up the third most widely consumed meat in the world.

It is grilled, broiled, roasted and barbequed as well as used in various other ways to enhance its flavor and nutritional value. Beef broths and beef stocks are also a popular way to enjoy beef’s rich and aromatic flavors that make great sauces and soups as well as gravies, as its meat and bones produce the hearty flavor everyone just loves. 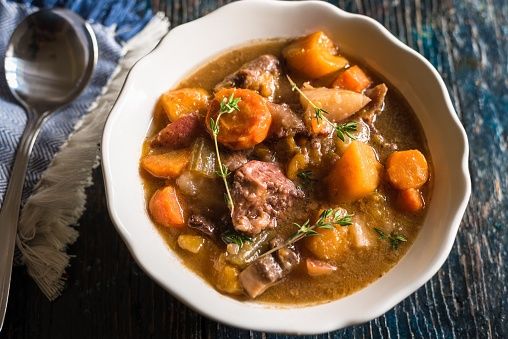 Stock is the liquid in which meat, fish, or vegetables have been simmered that is used as a basis for soup, gravy, or sauce. Meat stocks are made from just the bones and they are specifically prepared to be used in other recipes such as sauces, soups, stews and rice etc. 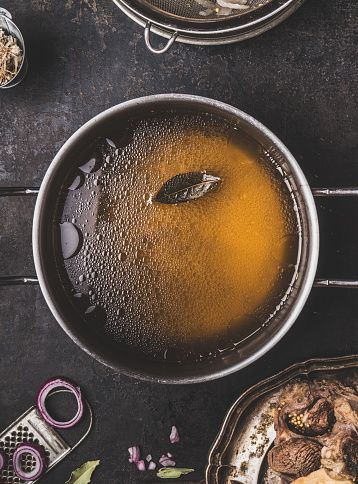 Broth is the liquid in which meat has been cooked. Broth is the result of cooking meat and it is the outcome of preparing another item and not usually made on its own. Broth can be prepared with the help of stock, and can be consumed as a dish (soup) on its own.

What is the difference between beef stock and beef broth? Many people consider beef stock and beef broth to be similar, yet there is a remarkable difference between the two. Stock is obtained when beef bones are cooked in large quantities of water for a long time. Beef stock usually takes 8 to 10 hours to simmer to extract the maximum flavor and gelatin from the bones for enhanced taste.

On the other hand, beef broths are prepared with meat but they are not cooked for such a long time mainly because cooking the meat for longer periods of time can result in tough and flavorless meat which does not taste so good.

The biggest difference between beef stock and broth is that while one is intended to make other recipes, the other is meant to be used on its own. Stock is used to make soups, gravies, rice or stews and broth is the result of preparing other items, for example when cooking beef for long hours on the stove, the liquid that will be obtained is broth.

Stock is used with the least amount of salt and seasoning so that the end dish is not too salty, while broth has all the seasonings because it has been cooked with meat that has already been seasoned. It would not be wrong to say that beef stock is a neutral base which can be used for making anything but broths are very tasty and can be enjoyed on their own or with any other dish as they contain the right seasoning and flavors that are added for cooking.