Difference between Boy and Girl Ultrasound
By Theydiffer - June 6, 2016

One of the thrills of expecting parents is learning the gender of their baby. Through a comprehensive procedure called ultrasound, it may be difficult for some to distinguish the gender, but by learning the differences between a boy and a girl ultrasound, the difficulty is greatly reduced. 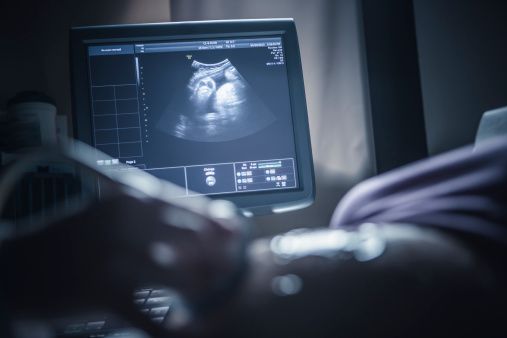 Done at around 18 to 22 weeks of pregnancy, ultrasound is conducted to check not only the gender of the baby, but also the overall well-being of the unborn child. Using ultrasound, you will know the baby is a boy if the image shows a small protrusion of around an inch in between the legs. If this protrusion is in the shape of turtle, it will most likely be the child’s penis. Take note however, this can often be confused with the umbilical cord that is also shown at the same location. Typically though, the cord is much longer and bigger. The protuberance between the legs would also have an angle of greater than 30 degrees. Lastly, the unborn child is said to be likely to be a boy if the child is positioned on the left side of the uterus.

Also done at the second trimester of pregnancy, the ultrasound shows no sign of protrusion between the legs of the unborn child. Instead, it shows a hamburger-like structure in between the legs, representing her clitoris and labia. Taking the angle of the protuberance into consideration, the fetus will likely be a girl if she is positioned on the right side of the uterus and the nub is horizontally placed in line with the spine.

Note: The sex of the child is best predicted after the fetal age of 13 weeks since the presence of amniotic fluid can make it difficult to ascertain the gender, especially if the child is too curled up to show genitals before this period.

What’s the difference between a boy and girl ultrasound? While it can be difficult to identify through inexperienced eyes, the difference can be determined by looking at the right spot.

Typically, ultrasound is used to provide diagnostic medical images that are used to visualize muscles, tendons, internal organs, fetuses, etc. With these images, one can determine a child’s gender. If the child is a boy, a protrusion with a turtle-like shape will be present between the legs. A baby girl, on the other hand, will show a hamburger-like image signifying the clitoris and labia. Also, if the protuberance of the child is greater than 30 degrees, the baby is more likely to be a boy. If it is more parallel to the body of the child, the baby is more likely to be a girl.

There are other ways to learn whether the child is a boy or a girl, however they are not as accurate as identifying a child’s sex organs.

Here is a video of a 20 week ultrasound of a baby boy with annotations to help you determine the parts.

Here is a video of a baby girl ultrasound with a doctor identifying the parts.