Difference between Buttermilk and Milk
By Theydiffer - February 26, 2016

Do you know why buttermilk is used in certain recipes and not milk? There are actually a number of reasons, and these reasons include nutrition facts and of course, taste. 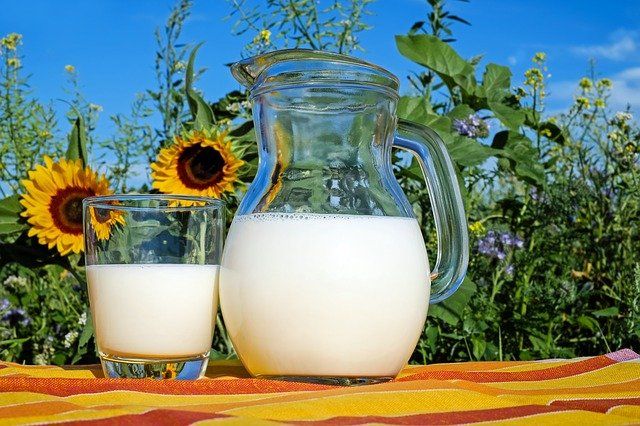 Today, buttermilk is usually created from cow’s milk. It is fermented with lactic acid bacteria that will cause the milk to thicken and acquire a sour and acidic taste. There are two bacteria that are used to ferment the milk, and these are Streptococcus lactis or Lactobacillus bulgaricus. These are the reasons why buttermilk tastes acidic, and why buttermilk is used in various recipes for pancakes, cakes, biscuits, and cornbread. It is also said that buttermilk offers various health benefits such as probiotics (said to decrease potentially pathogenic gastrointestinal microorganisms, reduce gastrointestinal discomfort, and strengthening immune system), and to help prevent UTI (Urinary Tract Infections); it is also low in lactose (recommended for those who are lactose intolerant).

Milk is a pale liquid produced by the mammary glands of mammals. It is a source of nutrition used by both humans and some animals. Milk taken from various species differs and is based on the amount of protein, calcium, Vitamin C, and saturated fat it contains. For humans, cow’s milk is usually used as a drink and as a food (manufactured into chocolates, ice-creams, butter etc.).

Milk is commonly used as a beverage and also as an ingredient in a variety of recipes such as cakes, bread, cookies, sauce, pasta, etc. Same as with buttermilk, it is high in probiotics that help in strengthening our immune system and decreasing our chance of catching diseases. According to some studies, taking milk in moderate amounts can help reduce weight, but it can also actually help (or cause) people to gain weight. Nutrition facts: 100 grams of milk contains 42 calories, 125 mg calcium, 6 mg cholesterol, 44 mg sodium, 0.6 mg saturated fat, and 0 mg of Vitamin C.

What’s the difference between buttermilk and milk? Both may be dairy products that serve the same purpose as a dairy drink or as an ingredient, but in some situations, one is more suitable to use than the other.