Difference between Cellar and Basement
By Theydiffer - May 30, 2016

Apart from both of them being below the rest of the house, a cellar and a basement are far from being the same thing and they deserve a way of being told apart. People looking for a new house really need to know whether the property they are looking at has one or the other because they have different sizes and different uses.

Located partially or completely below the ground floor of a house, a basement is another room of the house, usually used for storing amenities such as a boiler, or as a laundry room with the washing machine and dryer. Some people choose to furnish the basement like any other room of the house and use it for more than just storing things they do not use all year long.

Basements are more common in areas where the climate is temperate, as they help the house remain stable during the freeze-thaw cycle. Also, wet climates make it difficult to isolate and to keep such a permanently cold room at the right temperature. Impediments to having a basement are also met in the case of hard soils which cannot be excavated. 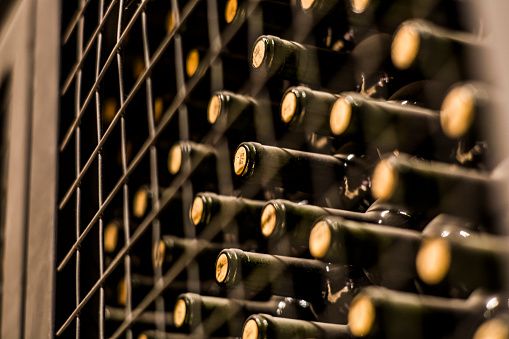 A cellar traditionally is a place for storage, completely underground. This is a way of taking advantage of the constant temperature, the fact that anything stored there will be out of the way of direct sunlight and in a cool, dry space. Wine cellars are the most popular choice, although food and other types of beverages can just as well be kept in special cellars.

They are smaller rooms in which the temperature is easily controlled. The units belonging to wine producing companies can also come with special equipment designed to maintain the right conditions for the stored products, such as hermetically closed doors and special programs which show the humidity and the temperature around the clock.

So, what is the difference between basement and cellar?

While almost any house can have a basement, not all houses have or need a cellar. Basements can have higher windows when then are partially underground and they can get some light. Some house plans also allow a separate doorway for basements. On the other hand, in order to comply with its true function, a cellar is completely underground, making it a place the sun does not reach and where temperature is easily controlled.

People who would love to have both can have both, with a cellar attached to a basement. However, using one in the place of another is not a good idea. Cellars are not big enough to be practically used as storage rooms, and basements, although cooler than the rest of the house, may not be great environments for controlled temperatures.

As far as other uses of basements and cellars go, basements make great clubs and pubs as being buried underground can also act as a good soundproofing mechanism. On the other hand, cellars can be turned into elegant restaurants where wine can be served directly from their place of storage.