Difference between Chinese and Japanese Languages
By Theydiffer - March 25, 2016

Both Japanese and Chinese languages use a highly erudite system of writing which includes kanji ideograms. As compared to the Japanese language, however, the Chinese language uses a significantly greater number of characters. Usually, almost 70-80% of all kanji characters mean the same. The characters that are used to express different meanings may be smaller in count, but it is imperative for you to regard and understand those characters. 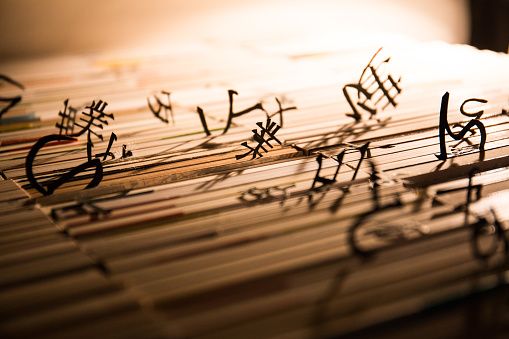 The Chinese language is probably the most complex language among all the East Asian languages. In some way or the other, almost 20% of the world population uses this language. Although it is a common notion among many people that the Chinese language includes only pictorial fonts, the fact is that the majority of the characters use one semantic element and one phonetic element. While the semantic one depicts the meaning of the word, the phonetic character portrays its pronunciation.

You would be surprised to discover that there are around 40,000 such different characters in the Chinese dictionary for you to learn. Even so, you can learn at least 3,000 of these so as to get a hold of the language and read a Chinese newspaper, if nothing else.

Moving ahead, the Japanese language is a bit more confusing. Three scripts, including kanji (漢字), hiragana (ひらがな), and katakana (カタカナ), are combined together in Japanese. While kanji is used on a regular basis, hiragana is used for native words of Japan, and katakana is brought into use for foreign words.

When it comes to sound inventory, it is small in Japanese. Nevertheless, it is differentiated by honorifics and local dialects. You may be astounded to learn that Japanese do not have a direct corresponding sound for the character “r” and thus, face trouble in articulating this sound.

The major difference between Chinese and Japanese language is the pronunciation and meaning of the words. However, most of the characters in Japanese and Chinese are similar to each other.

Japanese people often mistake Chinese as the same language as theirs. They believe that their own language will allow them to get along in a region where people speak Chinese. But this is merely a misconception. Perhaps, they may get along in that particular region if they communicate in the written form.

That’s right! Almost 30% of kanji (Japanese) indicates something in Japanese, and something else in Chinese. Thus, the fallacy that the two languages are the same may create a small or big misunderstanding between a Chinese-speaking and a Japanese-speaking person communicating with each other.