Difference between Christmas and Hanukkah
By Theydiffer - June 27, 2016

Religion has been a pretty hot topic for many years now and many have expressed their thoughts on its importance or on how it should not matter as much anymore. Even so, there are people who enjoy the feeling of belonging to a group that shares the same system of beliefs and who rejoice and come together on various occasions. Christmas and Hanukkah are two such celebrated occasions, but what do they stand for and how are they different from one another? 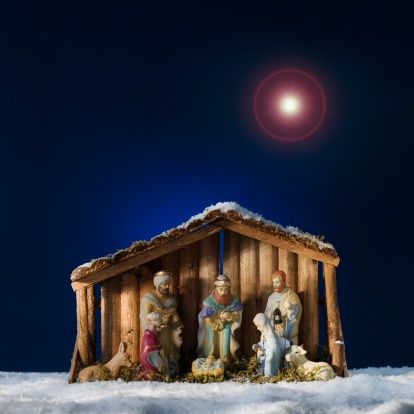 Christmas is the Christian celebration of the birth of Jesus Christ, son of God. He is considered to be the Messiah promised by God in the Old Testament, sent to redeem the whole of mankind through his own sacrifice. The name of the celebration stands for Christ’s mass, the sermon held on this occasion. The holiday is celebrated on December 25, a date said to have been chosen to help smooth pagan peoples into Christianity. Around this date, members of the Roman Empire used to hold a celebration dedicated to the Sun. On the other hand, Church scholars claim that this date was calculated as being nine months apart from the moment of the Annunciation, the Christian celebration of the moment when Archangel Gabriel announced to the Virgin Mary that she would bear a child of Immaculate Conception, the son of God.

According to the Bible, Jesus Christ was born in Bethlehem, in Judea. His mother, Virgin Mary and Joseph, the husband God had chosen for her and who knew the secret of the child, had to travel from Nazareth to Judea to register according to a new Roman law. Mary gave birth in a manger and the arrival of the holy child was announced by a bright star which guided shepherds and three magi who came to adore him and to present him with gifts. It is this last gesture which was turned into the tradition of gift giving.

Through the years, Christmas has taken on a different meaning as brands have profited off the way in which people become more sensitive to ideas of closeness, family, togetherness, and have turned it into a highly commercial family celebration. In some homes, Christmas is completely stripped of its religious meaning and it remains a time of beautiful house ornaments and stories of fictive characters like a jolly old man who flies in a sleigh pulled by eight reindeers and slips down chimneys to place presents under a decorated tree. 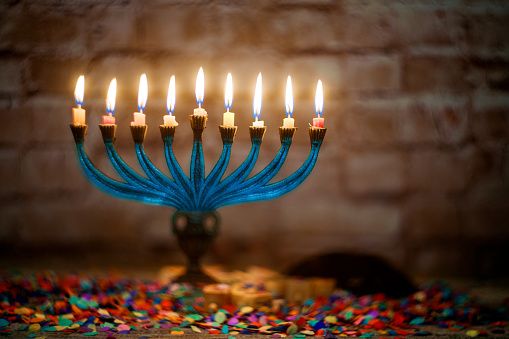 Hanukkah, or the Festival of Lights is the Hebrew celebration of the rededication of the Holy Temple when the Maccabean Jews regained control of Jerusalem from the Seleucids (Syrian Greeks). After they entered the temple, the Jews tried to light the Menorah (an eight branch candelabra, with a special stand for the candle used to light the other ones during the entire holiday) but only found enough oil which had not been contaminated by the Greeks to last for one day. However, miraculously, the oil lasted for eight days, giving them time to prepare more under conditions of ritual purity. Therefore, the celebrations last for eight days and are made out of a series of rituals performed within the community or within the household.

While there are no restrictions similar to the Sabbath and believers go on with their daily life, they try to join their families at home at nightfall, for the kindling of one of the Menorah candles every night, and foods based on oil preparation are served, to mark the importance of the ingredient. Games are played, and gifts are exchanged among relatives. Hanukkah is celebrated on the 25th day of the Kislev, usually in November and December.

So what is the difference between Christmas and Hanukkah?

Both are defining holidays for Christians and Jews and both have a miraculous event at their core. Christmas celebrates the birth of the son of God from a virgin mother, while Hanukkah celebrates the rededication of the Holy Temple of Jerusalem to God. Hanukkah is the festival of lights and it ends in a Feast. Christians also rejoice in the light of God and share food with their loved ones. The unreligious symbol of Christmas is the Christmas tree adorned with twinkling lights. The purely religious symbol of Hanukkah is the Menorah with lit candles.

When it comes to dates, both holidays are placed with approximation. Both have traditions and both have suffered changes throughout the years, as generations changed and adapted to other ways of worshiping. Christmas, for example, can be for some a family celebration and not a religious one. Hanukkah, however, cannot be stripped of its religious backbone. Both are occasions on which children receive presents, although with Hanukkah, this became a habit more due to the vicinity of Christmas and to the fact that practices may be sometimes adopted.