Difference between Cognac and Bourbon
By Theydiffer - July 3, 2016

Not only is knowing your liqueurs a matter of sophistication, but it is also useful in social events. Just think how impressed your beer drinking friends will be when you mention that you are rather inclined to have a glass of bourbon instead of wine, or that you prefer cognac to beer. But before you get there, take a look at what cognac and bourbon are and what the difference between them is. 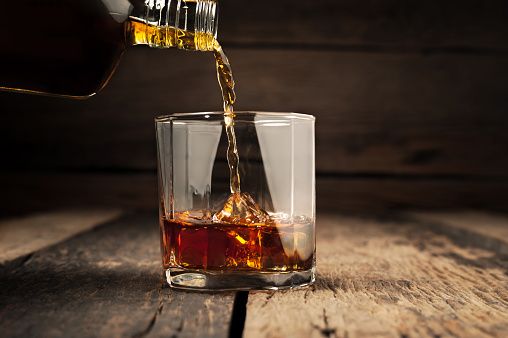 Cognac is a French liqueur of protected name origin (Appelation d’origine contrôlée) and it is a variety of brandy. Its name comes from the French town of Cognac and is now made in the Departments of Charente and Charente-Maritime. In order to be a cognac, the brandy must be made from a specific type of grape, at least 90% Ugni blanc grapes which give an acidic wine low in alcohol – Folle blanche and Colombard – and the remaining 10% can be Follignan, Jurançon blanc, Meslier Sf. Francois, Sélect, Montils or Sémillon grapes. The brandy must then be distilled twice for at least 12 hours in pot stills. The resulting beverage is clear and has an alcohol concentration of 70%. It is then left to age for at least two years in French oak barrels from Tronçais or Limousin. It is from the barrels that cognac gets its brownish color and, as the alcohol and water evaporate, the alcohol concentration goes down to 40%.

Cognac is labeled according to the quality of the beverage as follows:

Every year an eau de vie, as the French call it, is left to age, it is changed from one barrel to another by hand. On this occasion, each one is sampled and tasted. The place where the very old and special vintages are stored is called Paradis. The cellar master must decide how long to leave the brandy in the barrel as the aging process ends when the top of the liquid is no longer in contact with the wood and, instead, is affected by the oxygen content.

A great example of such a beverage is the Hennessy Paradis Imperial, an eau de vie aged between 30 and 130 years. It is a highly appreciated beverage and one bottle alone can be sold for more than $1,500. 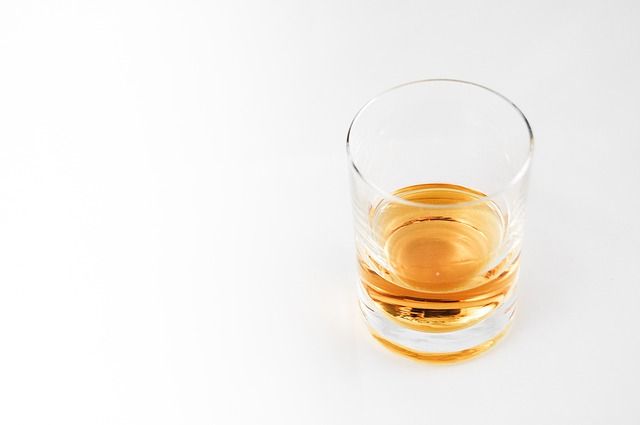 Bourbon is an American alcoholic beverage, a type of whiskey, made of at least 51% corn and distilled in charred oak barrels. The name comes from the French Bourbon dynasty. Although it is a North American beverage made throughout the country, it is most at home in the South, more specifically, in Kentucky. Bourbon is supposed to be a sweet tasting beverage, with some smokiness due to the charred oak barrels. It is the oak that gives it its reddish color as well.

Although legal requirements may vary from state to state regarding the production of whiskey, US regulations still limit the use of the name bourbon to beverages made in the US alone. Among the requirements there are also the ones related to the alcohol concentration of 160 proof (80% per volume) of distilled beverage and 125 proof (62.5% alcohol by volume) when put into bottles for aging. The final beverage has an alcohol volume of 40%.

There is no minimum amount of time for a bourbon to be considered aged and to be sold as bourbon. Even three months can be considered enough by some producers. Only straight bourbon has an aging requirement of two years. Labels reading “blended” mean that coloring and additives were added to the beverage.

So what is the difference between cognac and bourbon?

Both cognac and bourbon are beverages with a protected name origin and both have French names. However, though cognac can mainly be made in the region with the same name, bourbon is bourbon as long as it is made in the US. Cognac is a variety of brandy, whereas bourbon is a variety of whiskey. Cognac is made from grapes whereas bourbon is made from corn and other cereals. Aging is done in oak barrels in both cases, although the casks of bourbon are charred to give it a more smoked flavor.

As far as aging goes, cognac has strict limitations of periods of time and name and quality classifications generating from them. For a whiskey to be bourbon, it can be aged for as little as three months. Also, bourbon can have additives and colors added to the blend, whereas cognac does not.