Difference between a Comet, a Meteor and an Asteroid
By Theydiffer - September 26, 2016

These astronomical bodies are more than just space rocks tumbling aimlessly in space. Some are as big as a football stadium, while some are just the size of a pebble. Let’s find out just how these space travelers are different from each other. 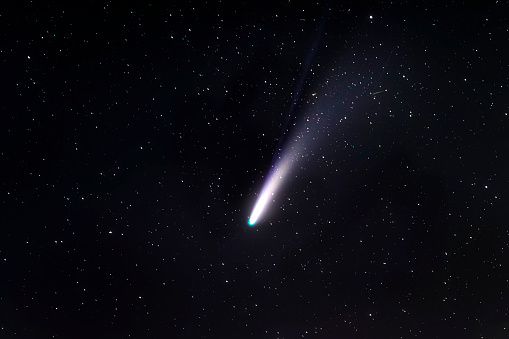 A comet is one of the smallest astronomical bodies in the solar system. It is covered in ice and heats up when traveling close to the sun to display a visible tail or coma, which is actually an atmosphere. This is caused by solar radiation and solar winds, as both interact with the comet’s nucleus or center. The nucleus can be several hundred meters to tens of kilometers wide. It is composed of loose groups of dust, ice and small rock particles. The larger parts of a comet are its tail and coma. A comet can sometimes be visible to the naked eye. 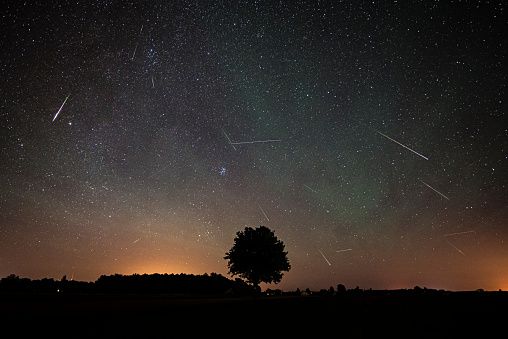 A meteor, (also known as a falling or shooting star) is a streak of light that you see when a bright asteroid, meteoroid or any other space rock passes through Earth’s atmosphere. It is superheated as it hurtles through our atmosphere, causing the object to glow along with other smaller particles right behind it. Usually it breaks up into pieces. It is called a meteorite if it does not break up and hits the ground, and these can sometimes leave a gaping hole called a crater. Meteors occur in the Earth’s atmosphere millions of times every day. The majority of meteoroids that become meteors are associated with meteor showers; these occur when the Earth passes through debris left by other astronomical bodies. 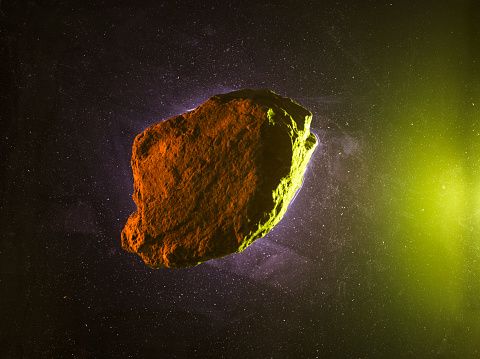 An asteroid is rock debris left over from the formation of our solar system, and most of it can be found in an asteroid belt between Jupiter and Mars. These asteroids travel around the sun, just like planets do. Asteroids can be as small as 1 km (more than 3000 feet) across, or as big as 600 miles or 1000 km across. Some asteroids are so huge that they have their own moons. Some asteroids are also called planetoids, because they can be almost the size of a small planet.

Asteroids are classified by on what’s on their surface. Classifications include Type M for metal, Type C for carbon and Type S for stone.

Comet vs Meteor vs Asteroid

So what’s the difference between a comet, a meteor and an asteroid?  A meteor can be a comet or an asteroid, as long as they enter Earth’s atmosphere and are heated enough to glow. The term points to the “flash of light” phenomena and not the debris itself.

A comet is a small astronomical body covered in ice. When it gets near the sun, it shows a visible coma, which is a temporary atmosphere. Sometimes it displays a tail as well. A meteor is commonly called a shooting star, and it can be caused by any small piece of space debris that dives into our atmosphere at great speeds. It glows as it gets superheated in the process, making a streak of light. If the debris does not break up into pieces and hits Earth, it is called a meteorite. Asteroids are larger than comets, and they travel in an orbit around the sun just like planets do.

Recent studies suggest that a comet’s surface is made of dense crystalline ice. An asteroid’s surface can either have a metal, stone or carbon composition.