Difference between Computer Science and Computer Programming
By Theydiffer - January 14, 2016

One might think that these two fields are most likely the same, and the truth is they aren’t. Computer science is a study that covers computer programming, making computer programming only a small part of the computer science field. And while both fields are becoming more and more in demand, it is important to at least know their differences, especially when thinking of getting in on one. 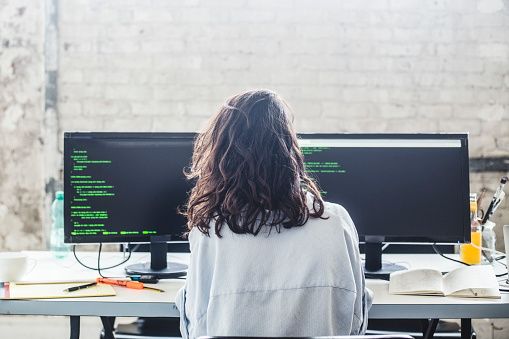 Computer Science is a study where a scientific and practical approach to computation and its application is prioritized. In other words, it is the study of feasibilities, expressions, mechanization and the structural design of a computer. It is where one will learn about automating the algorithmic processes needed for a computer to function properly.

The areas of computer science are divided into a plethora of theoretical and practical disciplines. These fields include architecture, engineering, analysis, visualization, the theory of computation, information and coding theory, programming and so much more. That being said, a computer scientist will likely learn how to write a code (program), not to any great extent, but to simply know how stuff works and how to prove it.

Computer Programming is where an original formulation or design is put into an executable computer program. While it does focus its study on formulating a code, it also does other tasks that go hand-in-hand with coding such as analysis, algorithms, verification of requirements of the algorithm, and of course application.

What’s the difference between computer science and computer programming? Aside from having a large gap in salary, the two fields also have different job descriptions where the latter mostly focuses on application and implementation, and the former is more focused on theorizing, and formulating algorithms. Don’t get me wrong though, computer science also involves programming and architectural design, but only to an extent where scientists may learn the processes they need to design a working program. Computer programmers on the other hand will do most or all of the codes to come up with the program designed by a computer scientist or a software engineer.

An important thing one might want to know about computer science and computer programming, is that they differ in syllabi in various universities. So if you want to grab a degree in either field, it is best that you check the syllabi/courses offered by these universities to make sure you’re heading in the right direction.