Difference between Dating a Girl and a Woman
By Theydiffer - November 28, 2015

Both the terms – girl and woman – are different, yet are used for the same gender depending on the level of their maturity. Any female can be called a girl or a woman, no matter what her age or size. Yet it is the level of maturity of a female that makes her a “girl” or a “woman”.  A girl and a woman have different perspectives about life and people. Finding a girl can be easy, but it is difficult to find a woman. Not every girl understands things the way she should to be called a woman.

From the moment a female human is born, she is called a girl. Yet, it is not defined at what age she should be referred to as a woman. She is usually considered a girl during her childhood and even her juvenile years. But, once she starts acting maturely and prudently, she is addressed as a young woman.

A girl usually attracts boys, but a woman attracts men. For men, what matters is maturity and vision of life more than beauty and other factors.

A woman is that female human who has attained maturity, no matter what her age. Using the term girl is fine for a female child, but for a mature female, it is always better to use the term “woman”. This is considered as being respectful towards her.

Dating A Girl vs Dating A Woman

What’s the difference between dating a girl and a woman? 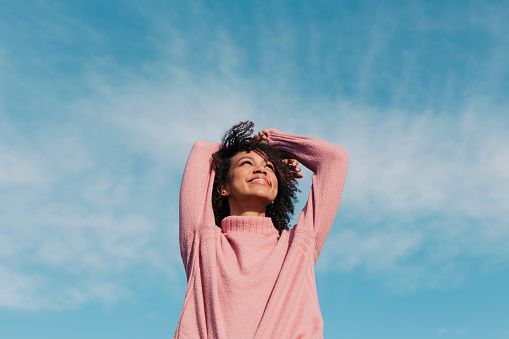 If you are a man of values and morals, you should choose to date a woman and not a girl. But, you may find it a little challenging to differentiate between the two. Of course, the first and the biggest difference is their way of living life and how they treat others. This falls under their intellectual maturity level.

A girl believes that she is no less than a princess and wants to be treated like that. On the other hand, a woman has her own values and standards, and does not expect anything from others. A girl is in the habit of throwing tantrums at you and behaves in a childish manner when disappointed, whereas a woman doesn’t react when angry. She prefers communicating her mood to you to sort out the situation and get to a solution.

Physical beauty is all that matters to a girl, but a woman works on her inner beauty, since a woman is well aware of the fact that at the end of the day, what counts is what comes from within. A girl would usually be interested in your financial status. She might seek to use your credit cards to shop. She seeks pleasure in the materialistic life. A woman is poles apart. She would stand by your side to let you become financially established. A life of value is her all-time dream.

Give attention to a girl. That is what makes her happy. But, don’t forget to give respect to a woman. She wants nothing else from you.