Difference Between Denim and Chambray
By Andrew Parker - October 8, 2022

Chambray and denim are so similar that chambray apparel is sometimes sold as denim. Both materials are woven from cotton fibers and have the same traditional color, blue. The two fabrics have long been synonymous with each other that many laborers in the early twentieth-century United States wore denim pants and chambray shirts, giving rise to the name “blue-collar.” However, contrary to appearances, these two textiles differ in many respects, including the construction process, weight, and other features. 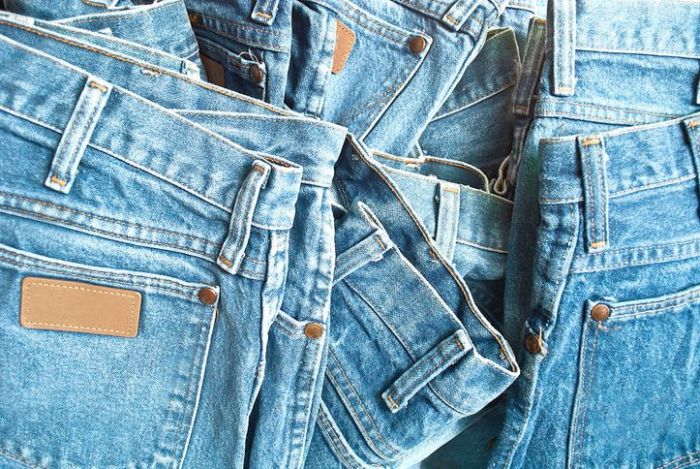 Denim is a strong cotton twill fabric woven using dyed and mill-finished cotton yarn in indigo, gray, or mottled white. Jacob Davis and Levi Strauss created denim jeans in the 1870s, but the earliest mentions were recorded in Genoa, Italy, in the 17th century, where it was known as ‘bleu de Gênes.’. Today cotton yarn is occasionally combined with different synthetic fibers.

Chambray is a plain-weave cotton fabric with colored warp yarn and a white filler yarn. It was originally associated with “cambric,” another lightweight plain weave cloth created in the French town of Cambrai, and dates back to the mid-1500s. Chambray is generally light blue in hue. However, it is available in a variety of stylish colors.

Denim is a twill-woven fabric. The uncolored/bleached yarn that runs across is known as the weft. It is threaded over and beneath the indigo-dyed yarn that runs downward, known as the warp in a diagonal pattern. Chambray is made using a plain or tabby weave, the most basic and widely used textile. Each filler yarn is passed over and under each warp yarn, alternating each row, resulting in many intersections. This difference in weave styles is responsible for other differences between both materials