Difference Between Donkeys and Horses
By Claire Miles - April 7, 2022

If you’ve ever wondered why donkeys look like mini horses or maxi ponies, you should know that you’re not exactly wrong. That is, you are not entirely wrong for wondering why they are so similar. The truth is, despite not being of the same species, horses and donkeys both belong to the same genus Equus and the same family Equidae. But that’s about where the similarities end. Here are the main differences between these animals. 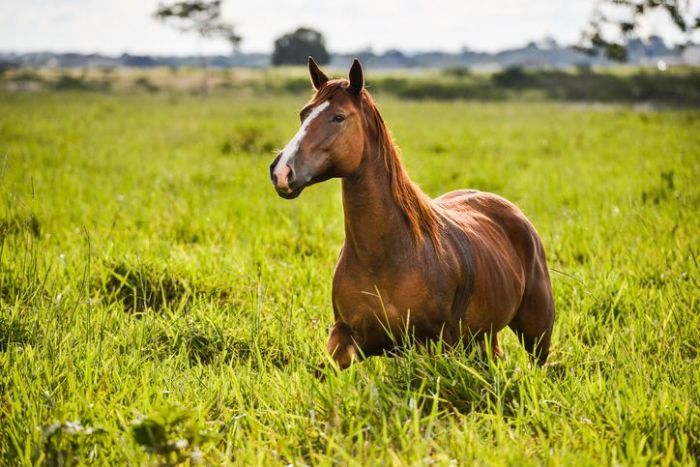 A horse is a large domesticated mammal used for a number of purposes that include racing, riding, carrying, and pulling loads. This animal has a rounded back with six vertebrae, a large face, short ears, and a thin tail. It belongs to the Equus genus and Equidae family, along with donkeys and zebras.

A donkey is also a large domesticated mammal but is of a smaller size than the horse. It has a smaller face and hooves but has longer ears and tail. It is usually used as a pack animal, for carrying and pulling loads instead of riding and racing. It also belongs to the Equus genus and Equidae family.

Most of the differences between horses and donkeys are physical, including the difference in coat texture and color.
There is also a genetic-level difference between both animals; while the donkey has just 62 chromosomes, the horse has 64. This however does not mean that a horse and donkey cannot mate and bear offspring considering they are genetically close enough to be of the same family. A Mule is the hybrid offspring of a female horse and a male donkey, while a Hinny is the hybrid of a male horse and female donkey. These hybrids however have just 31 pairs of chromosomes and are thus sterile. Donkeys are also more aggressive than horses and have been used as guard animals on many occasions. They also are not as fast as horses who can go as fast as 30mph.