Difference between Dreads and Locks
By Theydiffer - July 23, 2016

Are you feeling a bit creative and want to do something different with your hair? Radical even? Ok. But are you sure you know what is what and you are not heading for a bad surprise at the salon? For example, do you know the difference between dreads and locks, should you decide to opt for one of these hairstyles? Did you ever refer to a person who had locks and say they had dreads or vice versa? Let’s see what the difference between them is.

Dreads or dreadlocks represent a hairstyle which involves sculpting one’s hair into ropes. There are various ways of making them, either by backcombing, rolling or braiding. The hair is tangled and to some this style looks messy and unkempt. It became popular with the evolution of commercial reggae music. The hairstyle is also known as Rasta, indicative of the Jamaican route it took into Western civilization.

It is said that the term “dreadlock” comes from the 18th century slave trade. As the Africans brought on ships after very long voyages could not undergo their normal grooming rituals for the hair which was different in texture and behavior than that of Caucasians, they arrived looking unkempt and untidy. Their hair had locked naturally and was dirty. Slave owners referred to them as looking “dreadful”, hence dread-locks.

Otherwise, the style of locked hair may be traced back to ancient Greece and Egypt, as many statues in museums represent people whose hair is arranged this way. While it is an expression of personal style or a cultural manifestation in Western societies, dreadlocks are an expression of religious belief for Indian holy hermits, for example. Some people’s hair locks naturally if they do not comb it and style it after washing. The hair simply separates into strands and dries like this. If the texture of the hair is naturally coarse, the strand will look like a dread. 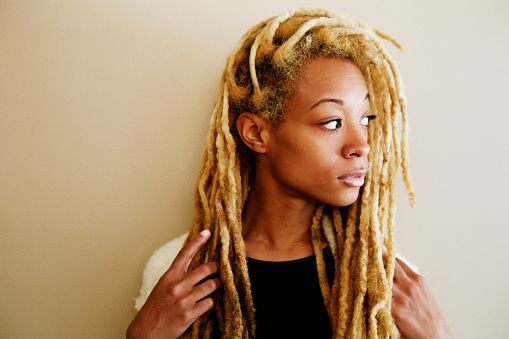 Locks are an African type of hair style. It implies creating rope-like strands of different widths. It can be done by coiling, braiding, twisting or palm rolling. During this process, the hair is not combed. This hairstyle is easy to make for people whose hair locks naturally. Once locked, hair is difficult but not impossible to unlock. It takes a lot of will though.

Locks are a sign of warriors and spiritual leaders in the African culture, many African Americans opting for this look in an attempt to connect with their roots.

So what is the difference between dreads and locks?

Both “dreads” as well as “locks” may be traced back to the same word: “dreadlocks”. However, there is a difference between the two, both in matters of perception as well as in personal expression. While “dreads” may still hold something of the painful history of the slave trade and may imply a more unkempt look, locks are a matter of cultural identity as it is the grooming technique which people of African and Nubian descent applied.

Dreadlocks were a look copied by many Westerners following the Rastafarian tradition. Some did it by taking on other cultural aspects, while others only took the hair style. Locks, on the other hand, are representative of African and Nubian peoples whose hair locks naturally. They usually have them done in special salons and they can even play with the width of the lock. This is a well kept and tidy look.