Difference between Fixed Gear and Single-Speed Bikes
By Theydiffer - July 3, 2016

People ride their bicycles for a variety of reasons. While a lot would say that biking is one of the ways they exercise and keep their bodies fit, others would tell you that it’s simply their chosen mode of transportation. Some ride their bikes and endure long distances. Some enjoy the thrill of the trail or the mountain. Some go sightseeing, and some just don’t own a car. It is, therefore, safe to say that people choose or own bikes that fit their specific purpose for riding it or their preference in riding. Fixed gear and single-speed bikes, though sounding the same, are two completely different kinds of bikes that you can choose between.

A fixed-gear bicycle, or a fixie, has no freewheel mechanism. This means that the rider cannot coast or stay in motion without pedaling continuously. Its pedals are coupled directly to the wheel so that when the wheels move, the pedals move along with it. Because of this, the rider is able to brake using his legs and bodyweight by defying the rotation of the cranks, and sometimes even able to cycle backwards. 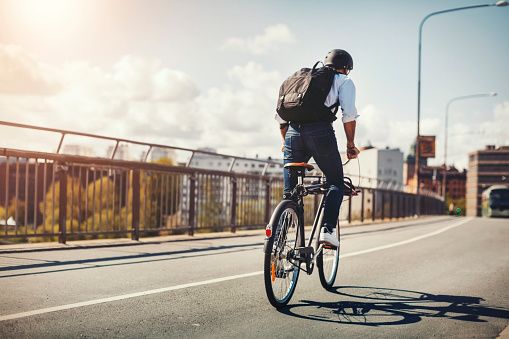 A single-speed bicycle has a single gear ratio. This means that the rider is unable to switch to various gears while cycling, as there is only one. With a single-speed, the cyclist is able to coast or freewheel. Consequently, there is a need for a brake system in order to stop the bicycle from moving. A few examples of single-speed bikes are BMX bicycles, road bicycles, and track bicycles.

What, then, is the difference between fixed gear bikes and single-speed bikes? Although similar to each other, each of these bikes has features that distinguish one from the other. The primary difference between the two is that fixed gear bicycles cannot freewheel, roll down a hill, or move without pedaling, while single-speed bicycles can. These differing features are dependent on how they are built. Since the wheels on fixed gear bicycles move as the biker steps on the pedals, he has the option to either pedal forward or backward, also allowing him to stop or slow down using his legs. These are things a single-speed bicycle cannot do and that explain why they have a brake system.