Difference between Gardenias and Camellias
By Andrew Parker - January 9, 2023

Gardenias and Camellias are accompanying garden favorites that share multiple similarities despite not even being plants of the same genus. 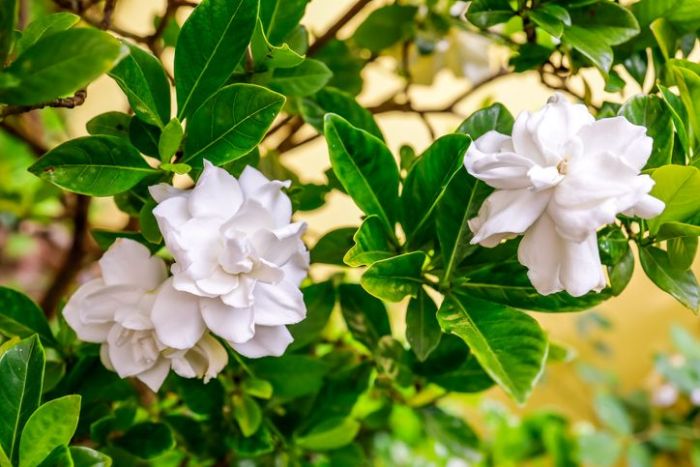 Gardenia is a genus of flowering plants in the coffee family, Rubiaceae, native to Africa, Asia, Madagascar, the Pacific Islands, and Australia. Carl Linnaeus and John Ellis named the genus after Alexander Garden (1730-1791), a Scottish-born American scientist.

Camellia is a flowering plant genus of the Theaceae family. They are distributed widely across Asia: from the Himalayas to Japan and Indonesia in eastern and southern Asia. There are between 100 and 300 described species and over 3,000 hybrids. Swedish Botanist Carl Linnaeus named the genus after the Jesuit botanist Georg Joseph Kamel, who worked in the Philippines and reported a camellia species.

Gardenias are evergreen shrubs and small trees that may reach heights of 1-15m. On the other hand, Camellias may reach heights of up to 20 meters. Their leaves are alternately arranged, simple, thick, serrated, and usually glossy. In contrast, Gardenia leaves grow opposite or in whorls of three or four, are 5-50cm long, and are 3 to 25cm broad, dark green, and glossy with a leathery texture.

Camellia blooms are typically big and showy, measuring 1-12 cm in diameter and including five to nine petals in naturally occurring species. Gardenia blooms are white or pale yellow, solitary or in tiny clusters, with a tubular-based corolla (botany) with 5-12 lobes (petals) measuring 5-12cm in diameter. Many species bloom from mid-spring through mid-summer, and many are intensely fragrant.
Camellias are also economically significant in East Asia, Southeast Asia, and the Indian subcontinent, where the white-flowered C. Sinensis leaves are processed to make a popular tea beverage.