The GMC Yukon is a popular SUV from General Motors, and just like other vehicle brands, it features a few variants, or “trims.” The GMC Yukon SLT and Yukon Denali are two of the more expensive trims under the Yukon brand. This article seeks to highlight the difference between these two large SUVs from GMC. 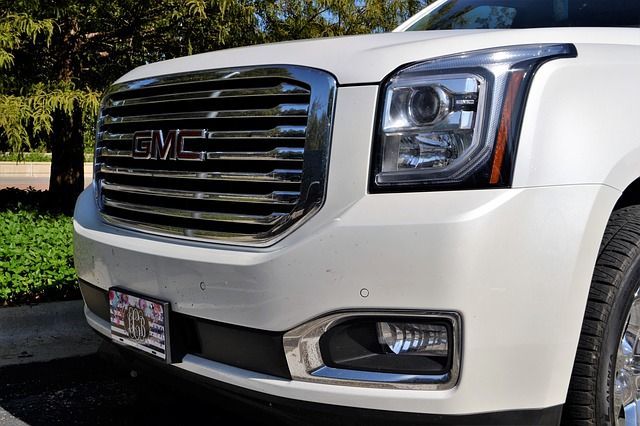 The 2016 GMC Yukon SLT is a mid-grade trim of the Yukon lineup. While many agree that not much has changed from the 2015 model, the numerous and substantial improvements on the past year’s Yukon lineup were considered to be game changers for GMC’s full-size SUV. It’s all these enhancements that have made the Yukon a formidable SUV in its class. However, these improvements did not come without a bit of a hefty price tag. The Chevrolet Tahoe and the Traverse are both close cousins and are considerably cheaper. However, the Yukon still came up successful with its powerful fuel-efficient engines, elegant cabins, excellent family-friendly features and useful technology. Other trims under the Yukon brand include the entry-level Yukon SLE, and the luxurious (and pricey) Yukon Denali.

The Yukon SLT is still an old-school pickup at heart despite its fancy bells and whistles. It can handle light off-road conditions and tow a boat easily with its powerful 355-horsepower, 5.3-liter V8 engine. A fully packed Yukon SLT is capable of 383 lb-ft of torque. The 5.3-liter V8 engine is standard in the other trims with the exception of the Yukon Denali.

The SLT trim comes with leather seats and upholsteries, ventilated and heated front seat, hands-free lift gate and blind spot monitoring, to name a few features. It also features a captain’s chair at the second row, a navigation system, sunroof and DVD system in the rear seat. The 2016 Yukon SLT costs around $57,000.

The 2016 Yukon Denali is the high-end variant of the GMC Yukon pedigree and can cost about $65,325. It boasts a 6.2-liter, 420-horsepower V8 EcoTec3 engine capable of 460 lb-ft of torque. A 10-speaker Bose Centerpoint Surround System is a standard feature for the Yukon Denali, including 20-inch aluminum wheels and the signature Denali-style grill. The Magnetic Ride Control feature that adds an extra layer of safety in changing driving conditions is also unique to the Yukon Denali. The 2016 Yukon Denali has an MSRP of $65,325.

So what’s the difference between the Yukon SLT and the Yukon Denali? What’s important to keep in mind is that these are two of three variants, or trims, of the GMC Yukon. The Yukon Denali sports some of the standard features the SLT has except for a few key differences.

The Yukon SLT is a mid-range trim, while the Yukon Denali is the most expensive variant. Case in point, the former can cost about $57,000 while the latter is priced at about $65,325. In terms of power, the SLT has a 355hp, 5.3L V8 EcoTec3 engine capable of producing 383 lb-ft of torque. The Yukon Denali delivers more power with its 6.2L, 420hp V8 EcoTec3 engine. The SLT comes with a six-speed automatic transmission while the Yukon Denali comes with an eight-speed auto transmission. The 18-inch aluminum wheels are a standard for the SLT while 20-inch aluminum wheels are standard for the Denali.