Difference between God and Jesus Christ
By Theydiffer - June 7, 2016

Is there really a God? This seems to be the never-ending question that mankind is keen to know the answer to. With the wide variety of religions and beliefs that we have, as well as approaches based on science, everyone has an opinion as to who or what is the reason for our existence. But let’s focus on the Christian belief for a while, and answer the equally confusing distinction between God and Jesus Christ. 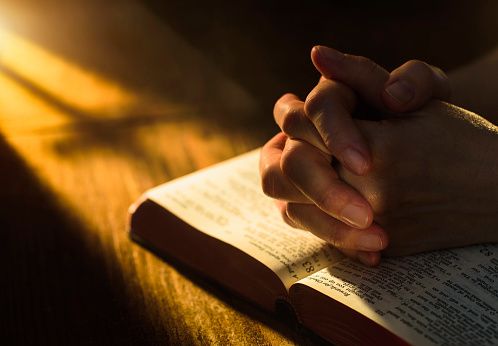 “The God that made the world and all things therein, he, being Lord of heaven and earth.”

In Christianity, God is the Supreme Being who is the creator of all things known and unknown to mankind. Believers think of God as being transcendent and immanent. Being transcendent means he is above the control of human events, and is therefore eternal and removed from the universe, while immanent makes him still involved in the world and human affairs despite being transcendent.

God is also characterized by being omnipotent or having unlimited power or omniscience or having infinite knowledge and being present everywhere and anywhere. Other religions have their own gods, but the God in Christianity is perceived to be more powerful and even disrespecting the name is punishable under the Ten Commandments (laws that govern in the Old Testament of the Bible). The Bible provides many accounts of God’s love for humanity, as well as his ability to punish those who disobey him.

Though without a corporeal identity, God has many forms, depending on his believers. In the doctrine of the Trinity, Christians think of God as three different people – God the Father, God the Son and God the Holy Spirit. He is mostly referred to in a masculine form and adopted by many as the “Father.” Other names he goes by are: Jehovah, Yahweh, Elohim and Adonai. 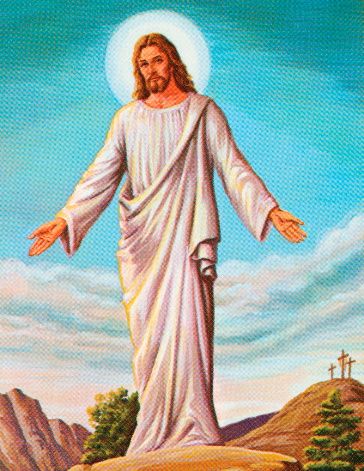 Jesus Christ, most commonly shortened to Jesus, is one of the three divine persons of God. The belief or doctrine of the Trinity states that God is divided into three separate beings, namely: God the Father, God the Son and God the Holy Spirit. Jesus Christ represents God the Son or the beloved Son of God. Jesus of Nazareth is believed to be the chosen and long-awaited Messiah and thus bears the title “Christ” or “anointed one.” The word Christ has long been associated with Jesus by his followers, especially after his death.

Jesus is thought to have been sent by God the Father to save mankind, and is the physical manifestation of God. According to the New Testament – the second major part of the Bible – Jesus was conceived through God the Holy Spirit and was born by the Virgin Mary. He taught the word of God, performed miracles, forgave sinners and built the foundation of the Church. Throughout his travels, he named twelve disciples or apostles to whom he entrusted the task of spreading his teachings once he was gone.

He was eventually captured by his enemies through the betrayal of Judas Iscariot, one of his disciples, and died by crucifixion as a sacrifice for mankind’s sins to be atoned. But on the third day, the prophecy of him as a messiah was fulfilled after he rose from the dead and ascended into Heaven to be with God the Father. Because Jesus became human for mankind, people have given him physical attributes unlike God the Father. He is often shown to have brown hair, a long beard and kind eyes.

In a Christian’s perspective, what is the difference between God and Jesus Christ?

In order to completely understand the difference between the two, we should go back to what the Christian doctrine says about the Holy Trinity. God is the Supreme Being, but is also divided into three separate personas. When Christians refer to God, they immediately think of God the Father who is the most prominent figure in the religion. Even in the Old Testament, God’s power was already felt while Jesus was still not in the picture. God is the creator of all things and the destroyer of his people’s enemies. The Old Testament showed God as a powerful presence to be revered, capable of bringing fabulous favors or destruction to mankind.

Jesus is part of the three personas of God as God the Son. He was sent by God the Father in order to help cleanse the sins of mankind. He is the physical and human manifestation of God and therefore he says: “I and the Father are one.” – John 10:30. Jesus is different because unlike the two other personas, he had felt what it was like to truly have flesh and bones and was prone to the temptations of the devil several times. And while God was powerful but forbidding in the Old Testament, Jesus showed the compassionate and forgiving side of God.

God is the combination of all three divine beings, so when you say “God” you are actually referring to his three personas and Jesus is one of them. He is part of what makes up God and is not a detached being from it. His desires reflect the desires of God and what he says are words from God himself because he IS God. It is only that Christians have become used to thinking of God and God the Father as separate from God the Son that confusion takes in.