Difference between Greek and Roman Gods
By Theydiffer - July 23, 2016

Everyone has heard the names of some ancient gods at least in movies if not in novels or textbooks. But do you know what the connection between them is? And how much do you know about the Greek and Roman pantheons? This is a good chance to get some things straight and to learn, once and for all, what is the difference between Greek Gods and Roman Gods. 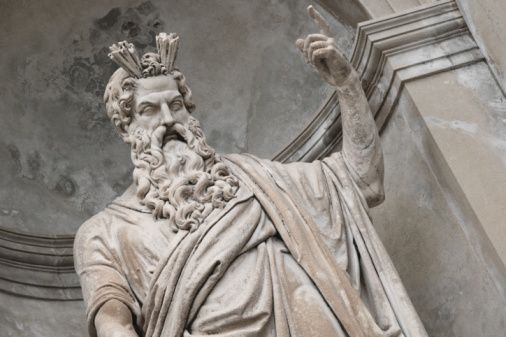 The Greek gods are the deities people in Ancient Greece used to believe in. They were mentioned in the “Iliad”, a chronicle written by Homer. According to the poet, the Greek gods had perfect bodies and a whimsical attitude toward mortals. Each of these gods was entrusted with the safekeeping of a realm such as the underworld, the sky or the sea, or with things that were important to mortals such as love, war, music, wine, youth etc. There was a god to praise for everything.

There are different categories of Greek gods: the major gods – the twelve most powerful gods of Olympus, and the minor gods – 15 in number. These are followed by other beings which were above mere mortals such as the Titans, who used to rule the Cosmos before the Olympians, and the Primordial Gods, the ones born when the world was created, and who were associated with the elements they represented, like Gaea who was the literal body of the Earth and Chronos who represented time. These are references we use today as well.

The major Olympian gods and what they stood for:

The Olympians were related, started up relations, broke them, fell out and played tricks on each another. They were descended from the Titans and from incestuous relations between brothers and sisters. The minor gods have the same lineage. They are rather frivolous and whimsical. Following their example, the Greeks were encouraged to enjoy their physical life on Earth instead of thinking about the afterlife. 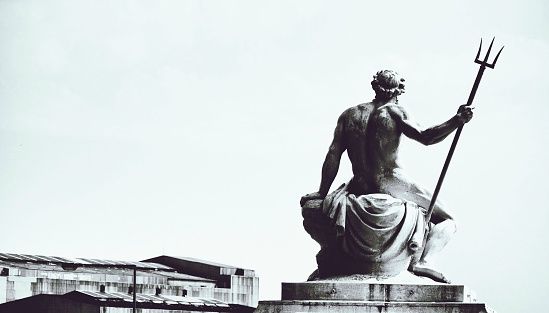 The Roman gods are the deities the people in the Ancient Roman Empire used to believe in. They are chronicled in the “Aeneid”, an epic poem written by Virgil about a man called Aeneas. Romans had a god protecting any human action and everyone’s main activity dictated the god to which they prayed: a soldier prayed to the god of war, a wife prayed to the goddess of the family, a sailor prayed to the god of the sea etc. These gods do not have human interpretations, but are manifestations, powerful and wise.

Although there are hundreds of Roman gods; these twelve are the best known:

The Romans used to look to the acts of gods for examples of conduct. Each god was the most skilled at whatever he was entrusted with: Mars was an excellent warrior, Diana was a great huntress, Vulcan was a great mason etc. Mortals were supposed to ask the gods for help and guidance, to be hard working and abide by the laws of man and gods and they would be compensated in the afterlife.

So what is the difference between Greek gods and Roman gods?

On the simple matter of which ones came first, the answer is simple as the Greek civilization is older than the Roman one, almost 1 millennia older. As far as how they came about is concerned, the Greek gods have an amazing background story: they believed that when the world was created, all the elements were embodied by the Primordial gods (time, earth, sea etc.); these gods gave birth to the Titans, who, in their turn, created the Olympians. These are the most popular gods of the Pantheon, probably because they are closer to recorded times than their predecessors.

Nearby, as the Roman civilization was growing, the Latin people came in contact with Greek civilization. Although the Latins had their own gods, the Greek Pantheon was more complex, so they adopted and adapted it, giving the equivalent gods their own names. Needless to say, in the Roman interpretation, the same gods have a more “godly” behavior and truly act like guardians and examples.

Also, since the Roman gods were inspired from the Greek gods, both civilizations have the same number of major gods: 12 – the round number of creation.

Another clear difference between the Greek gods and the Roman gods is that they first acted on account of a sort of entitlement, sprouting from their ancestry and their superiority to the mortal realm. This was something completely unattainable to the Greeks who had to live their lives and hope that the gods would not unleash their wrath on them because of quarrels among themselves. In contrast, the “newly” created Roman gods are examples and protectors. Their actions were to be followed and there was thought to be an afterlife for those leading good lives and becoming worthy to sit by the gods.

Strangely enough, it’s the Greeks who gave the gods a human form, even through their condition was out of the reach of mere mortals, whereas Romans saw their gods as powerful forces and aspired to become like them. Both Greek and Roman gods are represented in human form in art. Clearly the difference lies between inspiration and aspiration, as one can say that the stories of Greek gods were man inspired, whereas the stories of the Roman gods are of what man aspired to.