For some reason, many people believe green and red bell peppers are the exact same vegetable – simply in different stages of the ripening process. In reality, most varieties of bell peppers start out green and mature into different colors such as yellow, orange, or red. 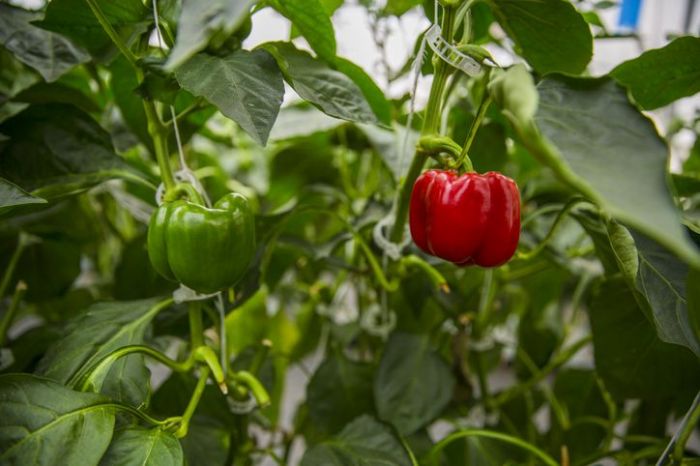 There are two reasons why some bell peppers are green: they were either picked early while still unripe or they are bell peppers of the Permagreen variety. While usually red, yellow and orange bell peppers are initially green and then change colors as they mature, there is a variety of bell pepper that stays green even when it’s mature.

Red bell peppers, on the other hand, are ripened peppers that are left on the plant longer which means they require extra time, water, and care from farmers. For this reason, they are also usually more expensive than the green ones.

Bell peppers are botanical fruits and culinary vegetables. There are several varieties of this fruit species – while some of them stay green as they ripen, others start out green and mature into red, yellow, and orange bell peppers. The reason why red, orange and yellow bell peppers tend to be more expensive than the green ones is that they require additional water, time and care from farmers since they spend more time on the plant.