Difference between Halibut and Flounder
By Theydiffer - July 17, 2016

Whether you’re into game fishing or cooking, knowing the difference between a halibut and a flounder can help avoid embarrassing situations – imagine filleting a flounder, or posting on Facebook that you caught a halibut, when in fact you are referring to the opposite fish. Keep on reading below to steer clear of faux pas only amateurs make. 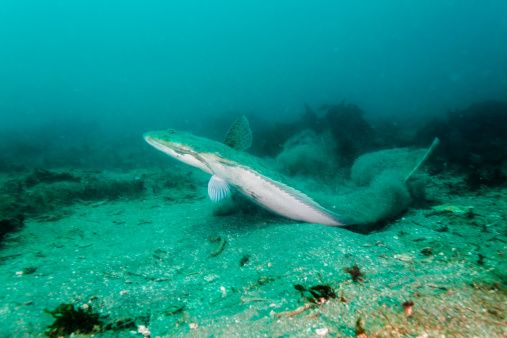 A halibut is a type of flatfish, and technically speaking, is a term applied to a group of flounder, although there are some regions in the world where the term is used to refer to other flatfish species.

The word halibut is rooted in the Middle English word halybutte, which directly translates to holy flatfish due to its popularity during Catholic holy days when consuming meat is forbidden. Halibut is very tasty and has found its way into many culinary cuisines.

Halibut inhabit the demersal zone, also known as the bottom of seas and lakes. They feed on almost all kinds of fish, crustaceans, and sea animals, as long they can fit inside their mouth which is filled with cone-shaped teeth. Their diet includes flounder and fellow halibut as well.

The halibut’s top side is darkish brown while its underbelly is off-white. Embedded in the halibut’s skin are microscopic scales The halibut’s eyes are located on the right side of its body. Their lateral line is curved, and they sport a concave-shaped tail. 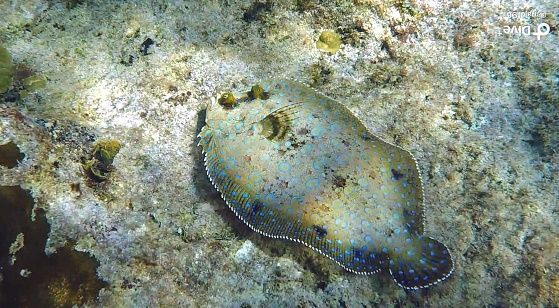 One of several groups of flatfish, flounders also live at the bottom of oceans all over the world. Surprisingly, flounder is a general term for flatfish. By definition, this makes the halibut a flounder.

A fully-grown flounder has its two eyes located on one side of its head. However, when hatchling, its eyes are situated on each side of the brain. Metamorphosis during a flounder’s growth cycle causes one of its eyes to migrate to the top side of its body. Eye migration is common among flounders, and the area where the eye migrates to varies from species to species.

We can always tell things apart by physical appearances, and these flatfish are no exception. Halibut can grow to enormous sizes. In 2013, a Pacific halibut (the largest of the species) measuring 8.6 feet and weighing 515 pounds is known to have been caught in Norway. Flounder, on the other hand, are a lot smaller and typically grow to up to 37 inches.

The halibut has cone shaped teeth concealed within its large mouth. Its scales are less noticeable as its smooth skin easily obscures them. A flounder’s scales are thicker, and its teeth protrude slightly from its diminutive mouth.

The majority of halibut lie flat on the seafloor on their left sides. The color of a halibut’s top side is usually dark brown or mottled green in color, its soft underbelly remains white for the duration its life. The flounder’s eyes may migrate to either side, but they are usually right sided.

Spending most of its time near the bottom of the ocean, the halibut may swim up to feed. The flounder spends the entirety of it life camouflaged on the ocean floor feeding on fish spawn, smaller fish and crustaceans.