Difference Between Hares and Rabbits
By Marc Gordon - March 10, 2022

If up to this point you thought rabbits and hares were the same animal, don’t worry – you are not alone. They might look very similar, but rabbits and hares are completely separate species. Although they are part of the same family, Leporidae, these two species are absolutely different. Here are some of the major differences between rabbits and hares to help you tell them apart. 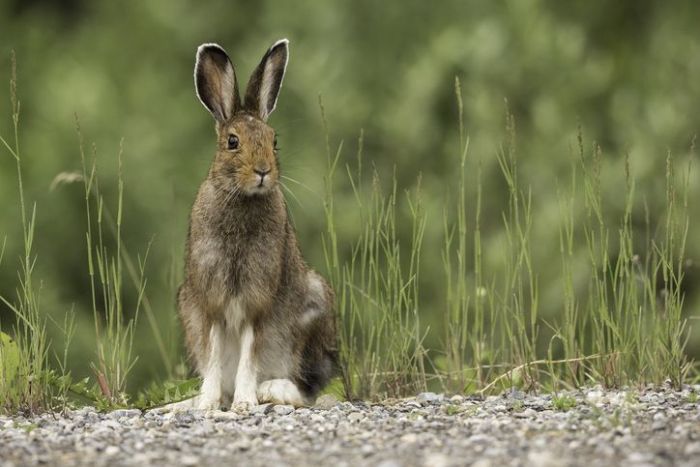 Also known as bunnies, rabbits are small mammals in the Leporidae family. It is believed that these animals were first domesticated in the 5th century by French monks, as it was widely kept as livestock since Ancient Rome. Since the early 19th century, several breeds of rabbits have been kept as pets as well.

Hares are herbivores in the Leporidae family that have black markings on their fur. They are fast runners with long and powerful hind legs, as well as large ears that dissipate their body heat. These animals can run over 50 mph over short distances and up to 40 mph over longer distances.

While most rabbits live underground, in burrows and warrens, hares live in nests above the ground. Besides, rabbits are social animals while hares tend to live solitarily or in pairs. Hares are also larger than rabbits, with longer ears. When it comes to pets, it’s easier to distinguish them: only some breeds of rabbits have been domesticated. However, to make things more confusing, some animals are called hares when, in reality, they are rabbits. For example, the pet known as Belgian Hare is actually a rabbit that has been selectively bred to resemble a hare.