Difference between Hurricane and Tornado
By Theydiffer - May 14, 2016

Hurricanes and tornados may both be scary, and they have the same general structure, but they are two different storm systems. Frightening as they are, these storms have the potential to cause massive destruction and in different ways. Knowing their differences may not alleviate a ‘life or death situation’, but it could sure help you know what to prepare for, hoping that time won’t come. 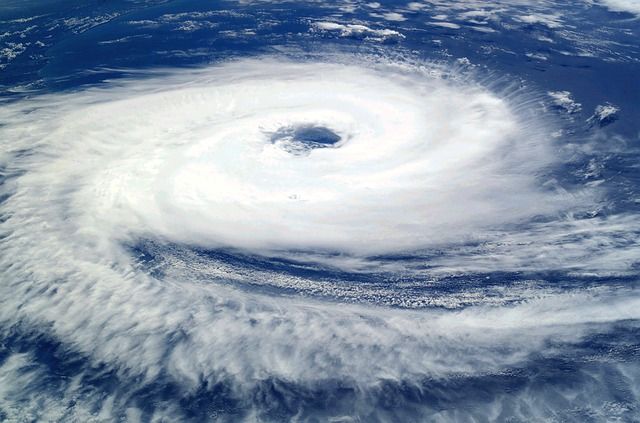 A hurricane (also known as a typhoon in other continents), or simply referred to as a tropical cyclone, is a heavy storm that is characterized by very strong winds and rains that have sustained wind speeds of at least 34 meters per second or 74 miles per hour (119 km/h). It originates from the ocean, and from there it gathers its strength as it moves across the water. Under tropical cyclone classifications, a hurricane is categorized from 1 to 5, depending on its 1-minute sustained winds or 10-minute sustained winds. Its ranking on The Beaufort Scale (empirical measurement that relates wind speed to observed conditions at sea or land) is usually 12 or higher.

Categories of a Hurricane:

Potential damages of the Categories of Hurricane

Often referred to a twister or cyclone, a tornado is a rapidly rotating column of air that forms from the base of a cumulonimbus cloud and reaches down to the ground. It forms different shapes and sizes, but it is typically in the form of a funnel. While tornados can be spotted in most parts of the world, they are, however, most frequent along the continental plains of the U.S.A.

Generally, a tornado is called a tornado when the associated surface winds are greater than 40 mph (64 km/h), even if the said tornado is small and relatively weak. In fact, most tornadoes have wind speeds of less than 110 mph (180 km/h). They also are usually around 250 feet (80 meters) across, and travel for only a few miles before dissipating. In extreme cases, however, a tornado can reach wind speeds of more than 300 mph (480 km/h), stretch for more than 2 miles (3 km), and travel for dozens of miles.

Classification under the TORRO Scale

Potential damages under the Fujita scale

What’s the difference between a hurricane and a tornado? While it may be confusing for some, these two weather phenomena actually have only a few things in common.

Both have the potential to cause massive destruction, but in a different manner. Hurricanes normally cause floods and, rarely, tsunamis, while tornados cause property destruction with their sheer force. Although hurricanes also cause property destruction, they usually do it with a combination of wind and rain. Tornados, on the other hand, have their devastating effects with a combination of wind and other objects that are pulled in into their systems.

One notable difference that may affect people’s safety: a hurricane follows a course. This means that people can be warned about incoming hurricanes. Tornados on the other hand, do not follow a course and can instantly form within minutes, and thus warnings may only be issued after one has already formed.