Difference between Identical and Fraternal Twins
By Theydiffer - May 4, 2016

When two offspring are produced by the same pregnancy, they are called twins. But have you ever wondered why some twins are said to be identical, while some are fraternal? While some might think that twins having the same gender or having identical appearance automatically puts them into the category of identical twins, it’s actually not that simple. It all depends on their zygosity (the makeup or characteristics of a particular zygote). 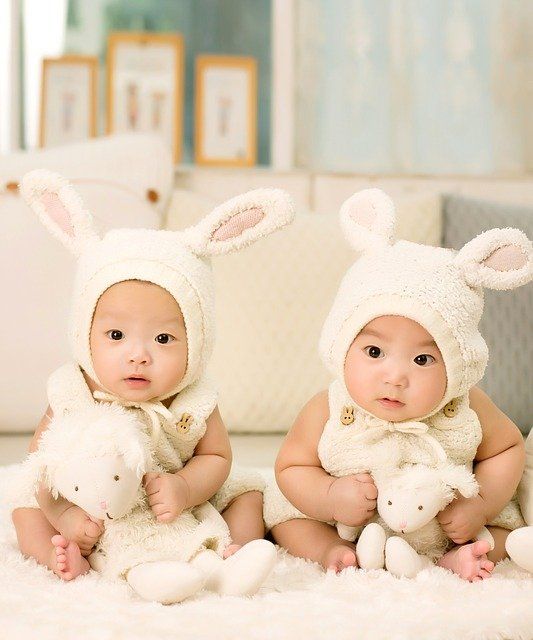 Also known as monozygotic twins (‘mono’ meaning solo, and ‘zygote’ meaning fertilized egg), these twins are formed from a single fertilized egg. This egg will then split and form the two embryos. These embryos in the uterus will soon develop as two baby twins. One determining factor of identical twins is that they are always of the same sex, either two boys or two girls. The cause of monozygotic twinning is generally unknown and is said to be a technical malfunction on the normal development of the zygote. That being said, having identical twins is not a hereditary trait.

Also known as dizygotic twins, these twins are formed from two different eggs. This would mean that these two eggs are fertilized by two separate sperm cells, resulting in two totally separate babies. It is also the most common form of twins, representing two-thirds of all twins. Being separate babies, they do not have the same DNA. That being said, the genetic similarity between fraternal twins is the same as any two siblings. While some may appear to be alike, this may only mean that they share the same features as most brothers and sisters do. Unlike monozygotic twins, dizygotic twins can be hereditary and can be influenced by fertility enhancing treatments, such as drugs or procedures.

What’s the difference between identical twins and fraternal twins? Most people see it as how much they would look alike, but it’s actually not the case.

In fertilization, there are two cells that are required and these are the egg cell and sperm cell. In most cases, only a single egg cell is released in the uterus and is then fertilized by the sperm cell. This fertilized egg is now called a zygote. If this zygote splits into two embryos, it will then result in the mother having twins. These twins are now identical twins. On the other hand, if two egg cells are released in the uterus and are fertilized by two different sperm cells, it would then result in fraternal twins. That being said, it solely depends on how the zygotes develop. If twins were formed by a single zygote, they are called identical twins, but if they were formed by two separate zygotes, they are called fraternal twins.