Difference between Implantation Bleeding and Period Spotting
By Theydiffer - August 18, 2016

Some women experience spotting from time to time, while with others it’s a regular occurrence. What do you do when you are trying to get pregnant or if you had unprotected sex? Should you rush to take a pregnancy test when you see some blood spots, or is it something else? What is the difference between implantation bleeding and period spotting? 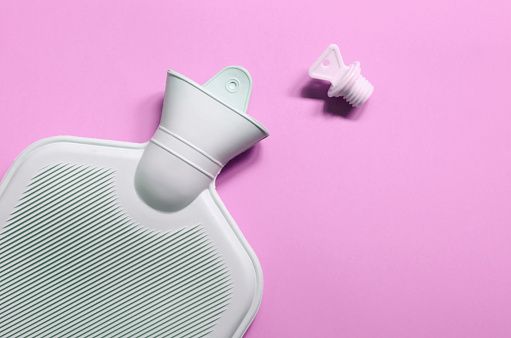 Implantation bleeding is one of the first signs of pregnancy. It occurs when the fertilized egg, the blastocyst, starts to embed itself in the uterine wall. In doing so, it excretes a substance to melt the surrounding tissue for the future embryo to attach to the womb. This leads to the damaging of minor blood vessels, which in turn leads to bleeding. The process can take up to a few hours and the bleeding usually stops in 24 to 48 hours. Once this process is over, the spotting cannot go on any longer.

This usually happens in days 23 to 28 of the menstrual cycle if there has been unprotected sexual intercourse during ovulation. The spots are pink or brownish and do not show any signs of increasing in volume or consistency. The color and the flow remain the same and then suddenly stop.

Period spotting is the name for the vaginal bleeding that occurs outside the regular menstruation days. Some women can have them a few days before their actual period or can keep having them for days after the period has ended. Those episodes are less concerning than when it occurs in the middle of the menstrual cycle. In such cases, it is usually accompanied by cramps similar to the menstrual ones.

It may be caused by a hormonal imbalance due to contraceptive pills, patches or implants or due to the insertion of any other intrauterine device. It can also be a sign of infection, which means that a doctor should be consulted immediately if accompanied by fever, dizziness or fatigue. Cancer, uterine fibroids, stress, and vaginal dryness are also causes of period spotting.

The blood discharged in these situations can be pink, red or brown. It can increase in volume and consistency, depending on what is causing it. Otherwise, it can resolve on its own or simply turn into a period. Period spotting can also be a sign of the period beginning in the case of women whose menstruation is not regular. It starts with pink or brown discharge and turns into consistent, regular blood flow.

So what is the difference between implantation bleeding and period spotting?

The main difference between implantation bleeding and period spotting consists in what causes it. In the case of implantation bleeding, it is a pregnancy and the egg finding its place in the womb. It is not accompanied by pain, although some women experience mild cramping and a pulling sensation. By contrast, period spotting can turn into a regular period, can be accompanied by cramping and can have a variety of other causes if it occurs in the middle of the menstrual cycle.

Implantation bleeding is consistent in flow and color. Period spotting usually varies and depends on what causes it. What is more, implantation bleeding should stop in 48 hours at most, as the egg has completed settling in. Period spotting can fluctuate and go on for several days. It is also more of a reason for concern as it can be caused by a variety of conditions for which a woman might need treatment: an STD, another type of infection, a uterine fibroid, cancer, stress, or medication that is not agreeing with the body.