Difference between Iodized and Non-iodized Salt
By Theydiffer - March 6, 2016

Salt is a very common seasoning and is essential to our health, but do you know why there are iodized and non-iodized salts? More importantly, what does “iodized” mean? 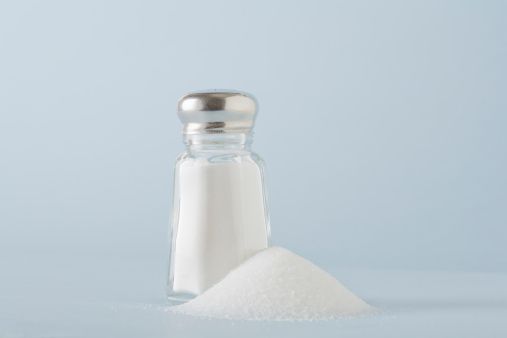 Also spelled as iodised, it is simply a table salt with the added chemical element iodine. To understand what an iodized salt is, let us first identify what iodine is.

So taking the meaning of iodine as our reference, we can safely say that an iodized salt is a regular salt, but with health benefits. Although iodized salt may be beneficial to us, a new study shows that too much intake can cause a condition similar to iodine deficiency (subclinical version), but in a milder form.

The RDA or Recommended Dietary Allowance) of iodine for adults is 150 micrograms (µg), or 200-300 micrograms for pregnant women.

Also known as table salt, it is a commonly used condiment and food preservative that is often present on the table during meals to sprinkle on food. Chemically speaking on the other hand, a non-iodized salt is a refined salt that contains about 97 to 99 percent sodium chloride (ionic compound with chemical formula NaCl). It is produced by refining a mined salt where it is first dissolved in water, purified of other minerals out of the solution, and then re-evaporated. The same process is used for iodized salt, only with an added process where iodine is added.

What’s the difference between iodized salt and non-iodized salt? While the answer is obviously the element iodine, it still asks the question ‘WHY’.

In terms of health, iodized salt clearly gives the advantage by simply having the element iodine. Iodine deficiency (this includes goiter, cretinism, and intellectual disability) is very common and iodized salt can help prevent them.

In terms of taste, by popular belief, an iodized salt has a poor flavor compared to a non-iodized salt. Members of the food industry however disagree, stating that there is no difference between the two. Scientific studies have investigated this issue and found that the change of flavor is insignificant.

In terms of production, they both require the same processes. Only the post-production addition (adding of the iodine) on iodized salts makes it different.

So to answer the question ‘WHY’, it is mainly to prevent people from having iodine deficiency.