Difference between Irony and Sarcasm
By Theydiffer - April 6, 2016

Examples of irony and sarcasm are found both in literature and in the public speeches you might hear during a political campaign. In the following article, we will see what the differences between the two are, in their modern application. 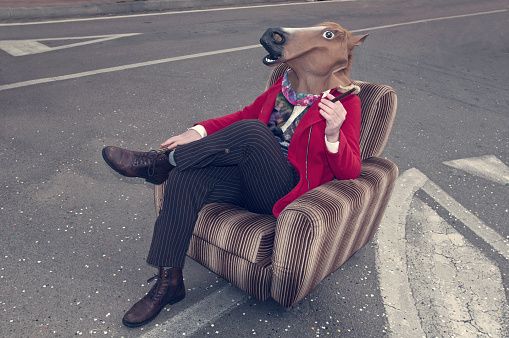 Irony translates from the Greek roughly as “dissimulation.” Regardless of its application, the meaning of ironic is in the incongruity of form and content; of what is said or written literally versus what is obviously described.

It is best to describe irony via its main applications:

Verbal irony: this type of irony refers to spoken words, intentionally revealing the ironic content in order to emphasize, exaggerate, to direct attention, etc. For example, in William Shakespeare’s tragedies, verbal irony is often used to convey a bitter state of personages while expressing the feeling of hopelessness and bewilderment: in “Julius Caesar” Mark Antony verbally praises the killers of Caesar, Brutus in particular, while it is evident that he couldn’t disapprove more of what they have done:

“…And Brutus is an honorable man…”

Situational irony: This is the type of irony in which the intention of the particular action doesn’t lead to the corresponding result, thus creating ironic distance. This type of irony is often conveyed visually with the help of cinema or comic book language. Think of Charlie Chaplin’s naive characters always trying to do their best but often reaching quite opposite results.

Dramatic irony (sometimes referred to as tragic irony). This type of irony describes fictional personages who are caught in situations that will obviously lead them to the most unfortunate end, yet they are unaware of that. This device is used intentionally by the authors of tragedies in order to convey a desperate state the personages are in. Used since Ancient Greek times, it has been seen since then in every tragedy and comedy. A necessary prerequisite of dramatic irony is to provide the viewer with information the character of the tragedy doesn’t know. Think of suspense scenes in Alfred Hitchcock’s movies, which often utilize this device, pushing the protagonist into traps he is unaware of. 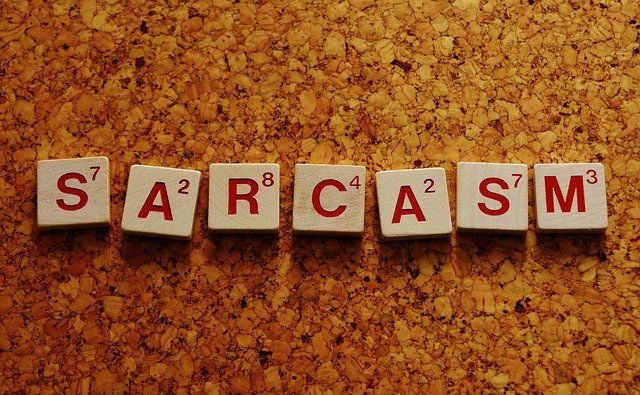 Sarcasm is derived from the Greek word which roughly translates to English as “to tear flesh.” It usually describes expressions that suggest a discrepancy between what the speaker says and what he means. Sarcasm is usually conveyed via a variety of cues, including a tone of voice, facial expressions, gestures, etc.

Sarcastic remarks are mostly of a negative emotional content within a particular context, and as such they aim to hurt the receiver of the message directly.

What is the difference between irony and sarcasm?

While some think that sarcasm means what is says, while irony doesn’t, it is not that simple. There is such a thing as “ironic sarcasm” where ironic distance fuels sarcastic harsh insults. Irony, on the other hand, is more of a description than a direct insult; irony suggests processing information about the things it describes, in order to reach its effect. It is sometimes sarcastic in nature, but still appeals to logic and analysis, while sarcasm appeals rather to emotions. The latter quality makes it hard for some people to understand sarcastic remarks. For example, people with Asperger’s’ disorder cannot understand sarcasm, in the same way as people who hear remarks expressed not in their native language, when  familiar signs and codes like tone of voice, speech tempo, etc. are absent.

Irony usually doesn’t involve derision, while sarcasm does. From the psychological point of view, it is sometimes hard to distinguish between irony and sarcasm, as insulted people often pretend they didn’t get a sarcastic remark aimed at them, or took it as a mere joke. Furthermore, a victim of sarcasm may not understand the sarcastic content until years after he was subjected to a sarcastic comment.