Difference between Lamb, Sheep and Mutton
By Theydiffer - July 23, 2016

Did you ever have to turn down an amazing recommendation in a restaurant because you were not that sure which is which and why a dish was so expensive? Then it’s about time you learnt the difference between lamb, sheep and mutton. This will help next time you are at a fine restaurant and you want to order anything else than the boring old chicken, the ever-so-safe turkey, the fatty pork or the more expensive beef.

A lamb is a young sheep, the offspring of the ewe. An animal is considered a lamb up to one year of age and right up to the point when it is introduced to the opposite sex for matting. From that point on it is considered an adult sheep. There are many other terms used locally for the lamb: hogget, shearling, yearling, weaner etc. The wool of a lamb is softer and less coarse than the wool of adult sheep as it has never been shorn and is in effect baby wool.

We also use the word lamb to define the meat of the young animal. In order for it to be considered lamb meat, the animal has to be slaughtered anywhere between its 4th and 12th month of age. This meat is flavored and tender. In the US, the most popular lamb dishes are leg of lamb and lamb chops. Lamb is also the meat of choice in Muslim countries where the consumption of pork is forbidden by religion. 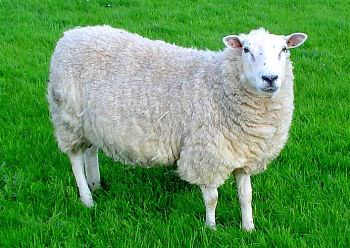 Mutton is the meat of the adult sheep. This means that any animal aged over one year, when slaughtered, produces mutton. Like all animal meats, mutton is tougher and needs to be cooked very well, but not too much. Overcooking mutton leads to the meat getting too tough and dry. The word comes from the French mouton and it is a remnant of the Norman domination of the English region.

Lamb vs Sheep vs Mutton

So what is the difference between lamb, sheep and mutton?

As with all animals, the meat of the young is more tender and it is best served roasted and with spices. This goes for lamb and mutton as well. While lamb chops are one of the most popular dishes, mutton needs to be stewed and put into combination dishes. There are people who cannot stand mutton on account of it having a distinctive, strong taste which they do not like. Also, it could even be too fatty for some. Lamb, on the other hand, is delicately flavored and has considerably less fat.