Difference between Lobbying and Bribery
By Theydiffer - June 7, 2016 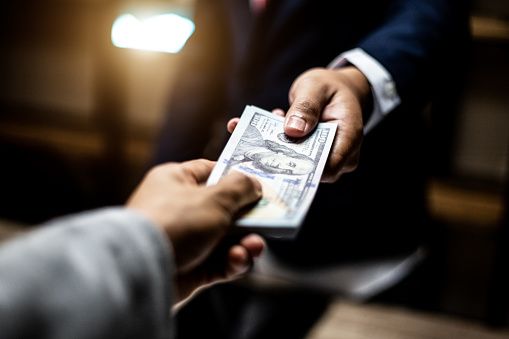 Lobbying is the activity undertaken by individuals or by groups intended at influencing the decisions of politicians. It is a legal action in the sense that it merely implies the interested party stating a case in his favor in order to get the decision maker to make regulations that will suit the lobbyist. This is a practice used by environmental support groups, social NGOs, by groups fighting for various civil rights, but also by companies and individuals. The promise made by these people to the politician consists in votes and a strong support of his future candidacy.

At times, a decision maker can be torn between choosing public health over freedom of choice (as in the case of smoking regulations or abortion) and lobbyists may approach him on behalf of the interested parties and state their cases as well as present the number of people they represent or who could approve of the decision. Professional lobbyists can also be hired by these groups to state the cases in their favor. Lobby groups can organize fundraisers. But everything has to be very transparent.

Bribery means the exchange of money, goods and favors for a political decision and regulations. It is considered illegal because it implies a form of selling power to the highest bidder, leaving the disadvantaged members of society, the ones the system should be looking after, in a very vulnerable position. Bribes are usually unrecorded exchanges of money and benefits. Although in day to day life bribery can have different forms, like waivers from paying various taxes and fees, or free food, ads, trips and other benefits, at a political level bribery has a different value because it is risky and it really needs to influence the mind of the receiver.

So what is the difference between lobbying and bribery?

Lobbying and bribery have the same purposes: that of influencing the decision of a politician. The difference lies with what is being exchanged in favor of that decision. While lobbyists promise electoral support and a new endorsement in future elections, bribe givers give money and other benefits which are usually under the table and make for a deal which is unfair to the rest of the people.

Voices in all of the political, social and economic spheres claim that both practices are wrong and that they create an uneven system in which decisions are given based on benefits. Even the promise of electoral support can be considered a benefit, regardless of the fact that legally and officially this cannot be a guarantee in any way. In the eyes of some, this still makes lobbyists bribe givers.